First I want to thank all those new people who joined my mailing, so I hope and assume you’re reading this, if not who gives a shit ahah?

Ok so on to updates, personal life; still trash.
Looking at, oh shit that reminds me I can post those. I have sketches for the initial cover designs of Green Sunday. So that’s underway, having more sketches drafted. I’ll post the ones I have down here somewhere.

I’ve worked out the contract and paid for the edit of Ladies Close Your Eyes but the cover could take a bit longer, so as soon as I get the edit back I’ll just clean it up as is and send it via my mailing list to everyone on it as promised.

As usual got a little excerpt of the next edited chapter of GS ‘Strange Eyes’. It’s a fun one, had to fight to keep my inner weeb coming out haha. It’s hard to restrain yourself from writing this big stupid self indulgent action scene that runs away with itself, but I had fun so fuck it haha.

As usual you can read the whole thing by following the link to inkitt right here. 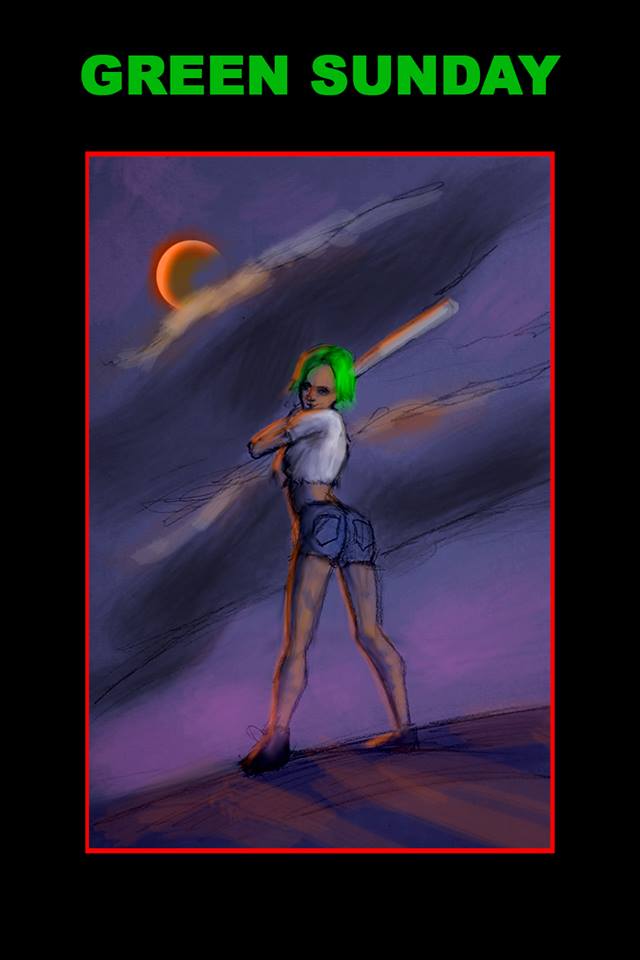 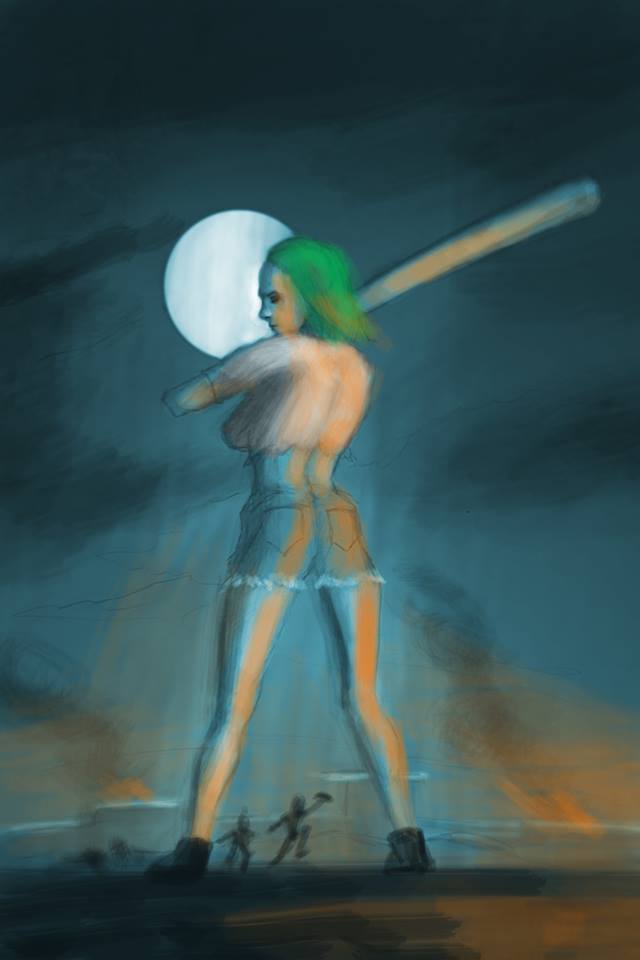 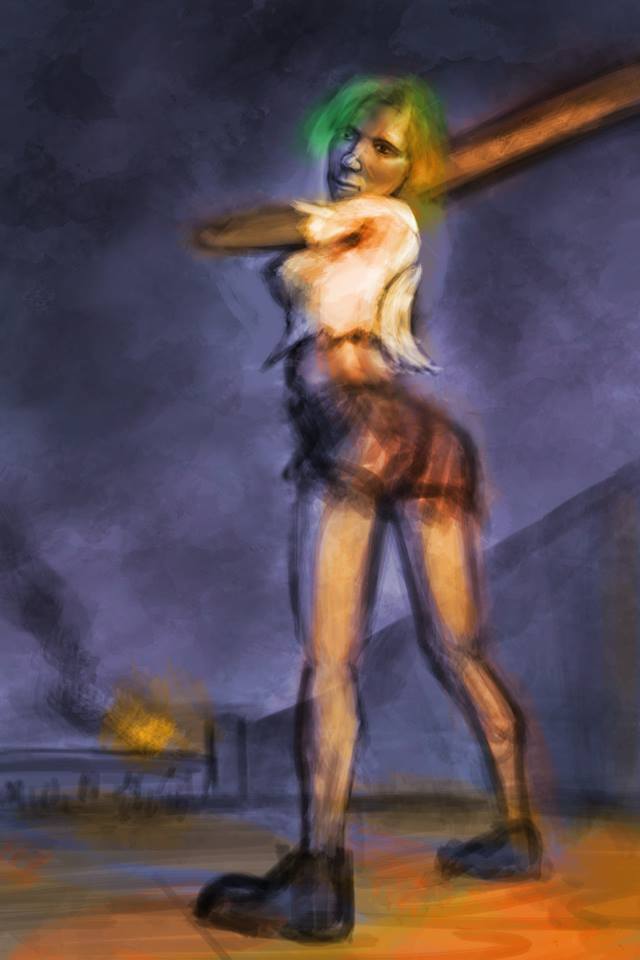 These are just some basic sketches for outlining the finished design, so please don’t judge yet haha.

This is the guys page, he’s a real artist folks, not no comic book hustler haha, check him out and peace out.

The brief silence was ripped apart like a piece sugar of paper. A red Beetle door, with garish orange flames spray painted on it, flew across the garage, spinning like a coin flipped by a King Kong size index finger and thumb. It hit the wall of the shop, pancaking the fat biker and embedding itself in the concrete and sheet metal, load-bearing wall.

The fat biker was eviscerated by the force of the door and his body hitting the wall. He looked like he’d fallen from space. His body was only recognizable by garish, near-human-shaped body parts: hands, feet, an eyeball, a tongue, a limb with bone shrapnel perforating the skin. His wet carcass popped like a water balloon full of dark red jello, sticking in some places and plastered to the wall. Heavier matter slopped onto the floor, making a cringe-inducing, wet, slapping noise.

He looked inside out. Grown men, who watched people beat each other to death and fed people to half-dead freaks, threw up raw hotdogs onto the concrete floor.

Mojang shook as he clutched the grenade launcher in his large hands.

The bikers watched as a puckish boy hopped off the rim of the pod. He could have been anywhere between sixteen and twenty. He had a slim, strong frame, and was around five foot four.

He scanned the room. His face wasn’t visible for a carbon fibre helmet covering most of his head, making him look like a cross between a paladin from WOW and a Power Ranger. His body was covered in a skin-tight compression suit made from individual plates of space age metal. The plates moved and breathed with his body, like the scales of a dragon.

A slit in his visor revealed a penetrating stare and a strange set of blue-green eyes. One eye was blue; the other was green.

The boy looked around the room, like the Terminator, but his eyes had a faint smile to them, as if he was in on the joke. His gaze nevertheless was cold and unfeeling. When he’d finished, he flashed a cocky grin with his eyes and turned around. He hopped back onto the pod, like Peter Pan, dislodging a strange chrome rod. The rod flared out in both directions, forming two conical points. It was almost the length of the boy’s entire body.

Clutching it in the middle, by what was now evidently a handle, the boy crossed his chest with the strange, chrome, double-ended lance and let out a cocky, breathy laugh.

“What the fuck are you waiting for? This clown need to make you balloon animals? GREASE THIS MOTHERFUCKER!” Mojang stuttered, wrestling with the volume of his voice as his whole frame shook.