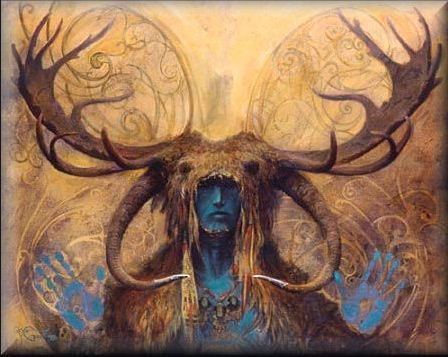 Henlo, back again and I still hate wordpress’ new format haha. I mean wtf is this shit bro haha?

Ok so got more content, coming pretty hard and heavy with it recently, especially the poetry as you may have noticed. More of those shitty haikus from chopped up songs but now Bardic poetry straight from the motherfucking heart.

Let’s just say I have a new muse but I don’t wanna jinx it. It’s already too perfect to be true. I never even considered writing bardic poetry again, I thought the first time for the book would be the last time, but I dunno what happened. Just one day the haikus weren’t doing it for me anymore. They weren’t enough to capture how this person made me feel. They weren’t big enough and they didn’t speak to my blood, to my ancestors like this did.

I realised I was sort of larping and losing connection to something writing japanese poetry, I mean I still love it and won’t let it go, but I’m not japanese, my ancestors aren’t japanese. I mean they’re probably not irish either haha. But they’re certainly celtic.

Something inside, this person awakened a love for my ancestors, a love for the land and people, something calling back to an ancestral past I never felt before and I couldn’t ignore it, couldn’t get a grip on it with a haiku. I need to use the bardic style to properly put my feelings into words.

I don’t know what that means and I hate to speculate so soon at risk of sounding like the fool I know I am.

Cur’s mocking laughter echoed through hall where no other sound existed.

“No Firbolg, he cannot be beaten” Tuan shouted from the spiral staircase. “We must away!”

“Away where beast? We fight in Magmel itself. There is no escape but through blood.”

“Perhaps there is another way.” A strange tittering voice whistled musically and seemed to be all around them like a flock of birds appearing out of thin air.

Suddenly the entire wall of the dining hall turned to autumn leaves and exploded outward. The masked men were knocked against the other wall of the castle and destroyed instantly. The boy left unharmed stared at the gaping hole in the castle wall cleared away as leaves falling into the ocean and the rocks below.

None of them could believe their eyes as with the leaves had come a giant beast standing nobly in between the carpet of maiden corpses.

A huge majestic stag stood between all gaping eyes. And atop the stag a rider in pale green armor, a helmet topped with branches that looked like the horns of a mighty deer. An axe at his hip of some alien construction and a harp on his other that gleamed with gems.

Balor was awe struck but his instinct was to kill whatever it was that had intruded in his castle. The childs face distending as before in a horrible silent scream as the eye emerged again.

The rider unhooked his harp lackadaisically and played a soothing tune. The melody taming the eye as it shrank back into the aspect of Balor which became limp and motionless.

“Alas I have come for you Firbolg” The strange green rider said in a loud jovial tone as he re-sheathed his harp.

“Who are you spirit? How would you die?” The barbarian hoarsely croaked.

“I would’st not die last of the Firbolg for I am life and life I once gave to you when you lay dying.”

“I know not this name sir, I am known as Bredbeddle” The spirit said, his voice full of mirth.

“The horned one sent you?”

“I know not of this horned one you speak” The riders voice was playful and full of jest.

“No games from you trickster of the woods. What have you come for?”

“I come for last of the Firbolg, I come as there is one that would meet you and put you on the path to your destiny.”

“Is this not my destiny, to be here now, to slay this Balor?”

“No last of the Firbolg, it is not his time to die nor is it yours.”

“Away with you woodsy one, I care not for your ‘destiny’, I care only to slay my enemy”

“But there are more enemies you may slay last of the Firbolg, but what of the one you lost, think to her and what it would mean to have her back.”

“Do not play with me trickster!”

“It is true what I say, you will be reunited with the one you love if you follow the path that I lay out for you”.

The Firbolg said nothing but the horned one knew his answer.

“Come now, we have no time to waste” The green rider put out his hand for the Firbolg to take.

Cur ignored it and climbed the mighty stag using the strange vine-like material that made the saddle to affix himself to it.

Bredbeddle turned to the doorway. “I had not forgotten about you my friend, come now shapeshifter, this concerns your destiny too.”

The sounds of footsteps now approaching, calling and gibbering in strange tongues.

“We must hurry, my power wains while my feet are not touching the noble isle.”

Tuan leapt and in mid flight took the form of a crow and perched himself atop the antlers of the great stag.

Within moments the room was flooded with fomorian warriors with savage barbed weapons. Their dark cloaks covering little of their flabby hideous bodies but all that greeted them was corpses and leaves.

Read the rest of the chapter on inkitt please and thanks https://www.inkitt.com/stories/action/300249/chapters/11