Gears of War another one… I mean 4 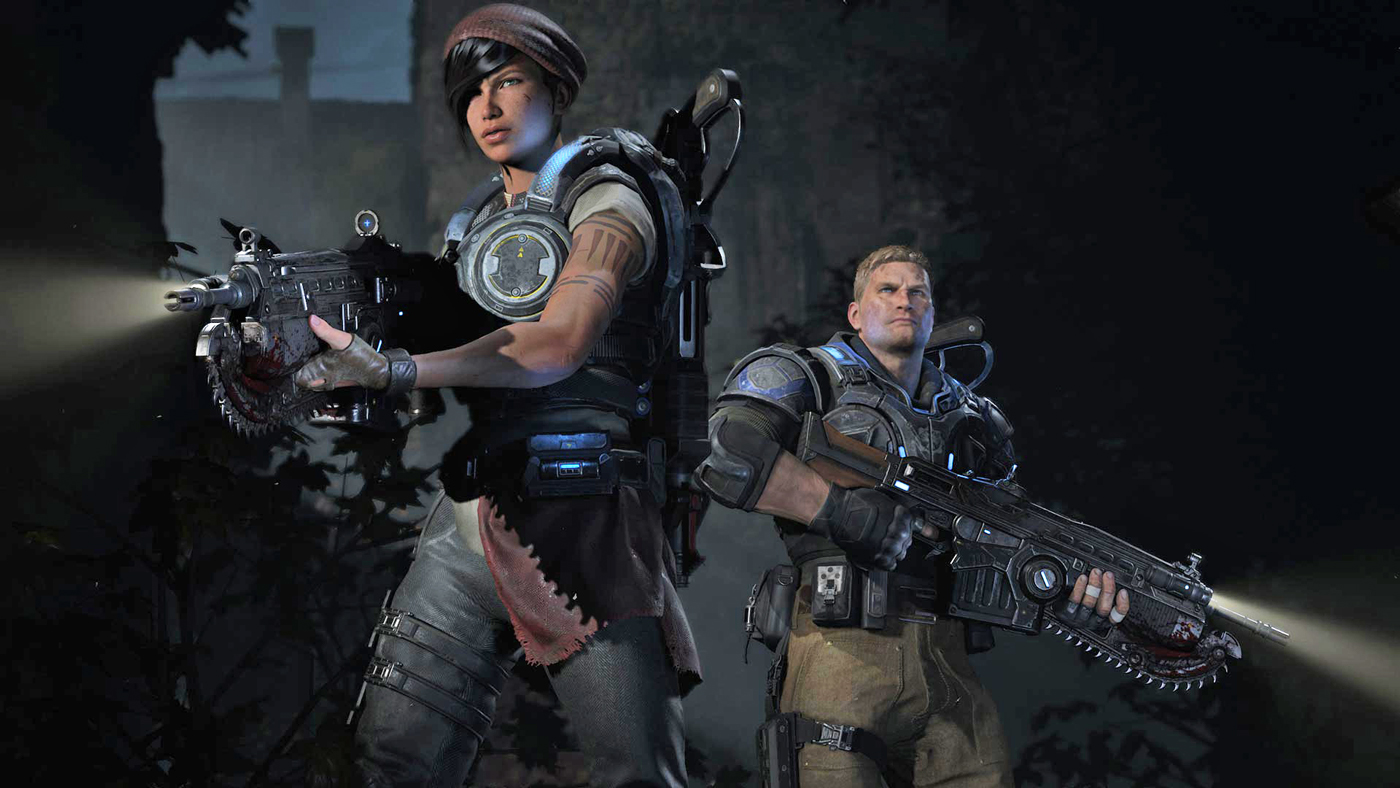 This just came out on games with gold and if you’re on xbox you’re well aware games with gold has been inundated with outright stinkers recently as Microsoft is trying to push the new gamepass ultimate thing so they’re trying to phase out gold as a thing by combining gold and gamepass into a pretty reasonable package but I still don’t want to pay extra to play like a handful of ok games buried under piles of indie garbage. Considering I only pay for gold so I can play warframe and payday 2 online and the gold stuff is just a bonus, I’m not that bothered by it but this just came on it and I thought I could rant about it a little since I’m still suffering what for all intents and purposes could be called ‘writers block’. Hence no content this week, probably next week.

So I started playing this game when it was on gamepass when I bought it for a month when it was a quid and I got bored of it before the third act and just decided it was a waste of time, none of the characters are really very interesting, not even the original characters.

There’s barely a story, it’s just ‘go save these people’, the plot is there just to push you into shooting galleries so you can sit behind chest high walls and take your turn shooting.

I played the first three games, I think, I don’t really remember if I played three, I just can’t stand cover shooters, they’re like turn based games without the strategy, you just have to wait til someone sticks their head out and shoot, it’s boring. It’s even more boring when the enemies are all just robots in the first part of the game.

It kind of reminds me of binary domain which is like a japanese rip off of gears where you fight robots, but the robots were satisfy to shoot because bits were constantly flying off them. The robots in gears just explode. So I got bored of fighting uninteresting enemies in shooting galleries and stopped playing only to pick it up again as a time killer on games with gold.

And this time I completed it and I regret that haha. I mean it was kind of fun but the ending and the laziness of the game just makes me mad and reminds me why I will never spend money on the series ever again.

This is probably the laziest sequel to a game ever conceived of, and the only reason it exists is money. Because I guess the first three games wrapped up nicely, they beat all the locusts and won the war. But this game is like “hey why don’t we just bring the locust back and pretend they’re completely new enemies when they’re the exact same character models except some have little bits of crystal coming off them?”

It’s so brazen I almost have to clap and be amazed at the stupidity of an audience that didn’t call this out.

It’s set I think twenty years on and you play Marcus’ son who’s basically a Nathan Drake clone in the shape of a fridge. All the characters are trying to be naughty dog knock offs, the banter is just bleh between them.
The first thing I noticed about this game is it handles the exact same as the 360 games, how is it still tank controls essentially, why in 2019 does it fell like the character is on rails? Why can’t he walk normally? Why does it feel like I’m controlling a giant block of tofu?

All the shooting is the same, the guns are the same with a few added guns which you’ll never have enough ammo for to really make them useful. You just use them up then switch back to the lancer and gnasher which are the same.

It looks nice, the only thing that’s updated seems to be the graphics but it’s a linear game with sky boxes so it’s not that amazing, you’re not rendering a huge open world, just linear levels.

The new mechanics are basically tower defence levels which were pretty fun, the game isn’t so bad when it feels like you’re playing the old gears game and locusts are still pretty satisfying to kill, much more satisfying than those shitty robots.

There’s also a really lazy mech sequence which is obviously just a reskin of your character made huge. It’s laughable honestly. it moves exactly the same as the character so you don’t feel like you’re in a mech at all you just feel like you’re huge and it’s silly.

The story is laughable, it’s just pointless, the ending was so bad I was honestly shocked when there was no level after the credits.

You just go looking for this chicks mom and then you find her, that’s the whole ending, that’s the whole game. The locust were gone then they came back but a bit different. The ending is so smug because it knows it’s getting a sequel so it’s like it didn’t need to try or really have any pay off or satisfying conclusion, it just ends.

And what’s worse is it tries to have emotional resonance just for the sake of it with characters we don’t care about or only met for five minutes and didn’t like. I didn’t care about saving this person, I was just playing to shoot more monsters. You’re supposed to be invested in what happens at the end and I didn’t give a shit.

And what’s worse is it kind of has a good set up, it’s set in the future where the cog is like an oppressive regime and you’re fighting them at first and that had promise. It could’ve been a completely different game about a civil war or a revolution but then they realised that the robots were boring to fight and they didn’t want you chainsawing normal people so they just brought back the locust but with crystals haha.

Because really what this game needed to be edgy was to have the balls to chainsaw other people, to have a civil war or a revolt would’ve been so much more interesting than just fighting more aliens but they went with the path of least resistance.

I think that says it all about this game, it’s just another one which is tacked on after they already finished their trilogy. And they’ll just keep pushing the series to disaster because microsoft has literally no other exclusives that are worth mustard.

Well that’s really all I had to say about it, I promise some actual content next week.