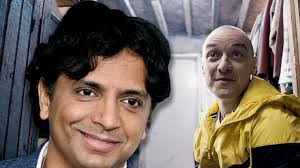 Ok so I’m of two minds, get it, because this story is about a dude with more than one personality?? Hahaha so big brained, hit me with a rock why don’t you? I’m not even of two minds, I actually just thought it was shitty haha, I just said that for the pun.

I watched this movie because my brother is the big pirate and he had it and I idly watched it while I was working out as I usually do. My brother really liked it but his tastes vary and we don’t always see eye to eye. So I went into it with a lot of scepticism because I’m a contrarian douche and anything he really likes or is really popular I usually hate or try to hate but I sometimes fail at hating those things, like I really tried hard to hate James Cameron’s avatar but I still like it. So sometimes movies are just good and fun and even the grump that I am can’t deny that.

But this wasn’t one of them and I’m writing this for myself as usual trying to decipher what specifically about it I hated.

Now for context I’m not one of these guys that shits on M.Night just because, I actually haven’t seen any of the movies people taut as his shit ones, like avatar and after earth. I’ve only seen the decent ones, sixth sense, unbreakable, the happening (kinda). So I’m not a hater and in fact, I didn’t even know he directed this movie until I saw his cameo, which I’ll get into later.

So I didn’t really enter this with any preconceptions other than my usual disposition to hate popular things like twilight and fidget spinners.

First thing I noticed because it’s pretty hard to ignore; it’s a pretty fucking boring ass movie. Like seriously, the first hour plus is just talking to this really retarded old woman about bullshit psychobabble and fashion. It’s trying to build tension and failing miserably and the way the twist is set up is so predictable it ruined the whole fucking movie. It’s like Night is more interested in having twists than them actually being good. Like he expects you to see his twists and be like “OMG NIBBA DIS SOME BIG BRAINED SHEEEIIITTT I NEED TO HIT IT WITH A ROCK YO!”

But as soon as they start talking about the 24th personality you know it’s going to appear, it’s a movie, so as soon as you start describing him we know we’re going to see it so how is it a twist when it eventually appears? You’re basically just telling us what’s going to happen at the end of the movie, that’s not a twist. It’s funny because I also watched the visit (Which I thought was ok but pretty unremarkable, I’ve seen indie found footage movies ten times better) by him recently and it does the same thing, the twist happens and it’s so predictable it seems like Night assumes his audience is just mouth breathing idiots in the way its delivered.

And I think that’s a lot of the problem with his film making, he thinks hes really smart but his audience is really dumb. So all that happens is that his movies sound dumb but are also really pretentious.
This is a movie for dumb people who think they’re smart (GOT fans basically haha) so that’s probably why it made so much money and people seem to like it, they don’t want people to think they don’t get it when there’s nothing to get, it’s just a silly campy kinda sorta thriller movie I guess.
For awhile I was just listening to this dialogue and the way it was shot and I couldn’t help thinking I was watching a movie within a movie, like how in movies there’s a parody of a movie within a movie and it’s just so over the top and ridiculous mocking movies. That’s this whole movie.

Another flaw in the movie is none of the characters are really very well developed or likeable and he even tries to have a backstory for one of the girls but it’s sort of pointless. I remember watching the scenes of her traumatic past and thinking about how the movie would have been pretty much unchanged if they just left them out.

They had no real impact on the plot and didn’t really make me feel any connection to her. I think if you just left them out she would have been more of a mystery and it would have been more like a traditional horror movie. Or even if you had her reveal her past in conversations with the other girls they could have had some character development. But you don’t need to know the teen counsellors tragic backstory to feel scared for them when Jason comes in friday the 13th, it’s just not relevant.

Another big thing I couldn’t stand in this movie is McAvoy, bless him, he tries, I like him but this was like watching him do GCSE drama and it was just a cringefest. He wasn’t scary or intimidating he was a cringe machine. The only time I cringed harder was at the ending but I’ll get to that.

He’s just trying too hard and the personalities seem less like personalities and more like funny voices he practised in front of a mirror, like Jim Carrey could have been more convincing. It was just silly and I couldn’t take the movie seriously, it just took me out of it.

The old lady I think pissed me off the most because she seemed like she got it, and it looked like she was smart enough to stay off the path of horror movie tropes, but no she asks to go to the bathroom and is discovered witnessing something she shouldn’t have and her fate is sealed and I have zero sympathy for her. You play stupid games you get stupid prizes, she knew this guy was dangerous and went to his house anyway and suffered for her arrogance.

Now about Night’s cameo, I don’t get why this guy thinks we want to see his face, the guy looks like a brown Phil Spector, he looks like a tall umpa lumpa from the shitty remake of Charlie and Chocolate factory. Like when Stan Lee does a cameo everyone goes ‘Hey it’s Stan Lee’ and don’t get me wrong it’s getting really old at this point. Honestly I think I might be relieved as well as saddened when he finally pops his clogs. But when you see Night it’s just like “Hey who’s that brown dude – oh it’s the director, uh huh”. Dude no one cares, you’re not some beloved figure like everyone’s grand dad or uncle like Stan Lee. You’re just some guy that makes shitty b movies that nevertheless have stupidly higher budgets than they deserve.

You’re like Tarantino you make high quality garbage movies, they’re trashy sometimes fun movies that are high spec and high budget but nevertheless no one gives a shit. I mean even mentioning Tarantino his cameos are at least funny or he dies somehow or says something dumb or memorable but in this movie Night’s cameo is just some guy the old lady talks to about hooters. It’s dumb. She could have just been on her own and the scene would have been unchanged.

Ok the ending, the ending was the most cringe inducing thing in the movie and it sort makes me question not only Night’s intelligence but his actual sanity. Because at the end of the movie it’s revealed, really hamily that this is set in the same universe as Unbreakable… a movie that was made in 2000 so that just gives you some perspective, this a is follow up to a movie that’s 17 years old. This is when this guy was talented, 17 years ago he made a cool movie people liked and now I just picture him watching the marvel universe and dc universe and universal trying to make a monster movie universe and he’s just like “I can do that.”

No, no you can’t you delusional idiot. He thinks he can make a movie universe with a movie he made 17 years ago and people are just gonna be like ‘Oh boy, can’t wait to see that.’

So in his mind this is a sequel to Unbreakable that will open up an avenue to a cross over sequel where Mcavoy will be the villain and Willis will be the hero again but how the fuck is that going to work? Can anyone imagine how that movie would go in their heads because this movie was bad enough as it was in terms of story.
My brother told me that the split character was actually cut from unbreakable but I dunno, honestly I am actually in two minds because half of me thinks ‘God why, oh god why? Just stop’ and the other half is actually intrigued how he might pull it off. I’m sitting at the side of the road thinking ‘How is this car accident going to look exactly?’

Oh jesus and not to mention how badly it was tied in to unbreakable and the tone is just all wrong. The one of unbreakable was sombre and serious and there was actually a lot of suspension of disbelief because you didn’t actually know if he had powers or not but in this you can see Mcavoy take a 12 gauge to the chest. It lacked all the subtlety and had a much sillier tone. It just wasn’t on the same level as Unbreakable, it was a joke honestly.

It failed at everything it tried to be, it’s not scary or gory enough to be horror, not enough happens for it to be a thriller, like there’s no real story, nothing that thrilling happens. And it’s not interesting in enough to be a drama or character piece, it’s just a steaming pile of wasted potential and sure smells a lot like bullshit and again I’m glad I didn’t waste any of my money on this emperors new clothes horseshit.

Oh yeah and the credits were split into multiples, get the fuck over yourself.

Yeah so no strong feelings at all haha.