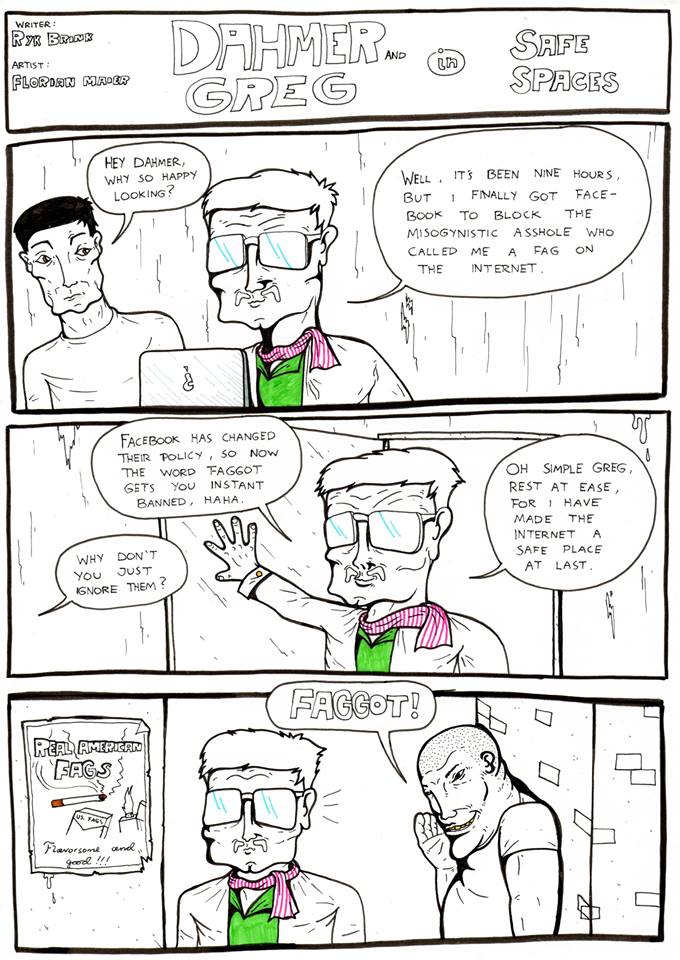 After what I think is maybe my fourth ban from facebook I think a rant is in order.
Recently I’ve had a lot of life piled on me keeping me away from all this wonderful stuff, not that I’m complaining. Most of it if look at my facebook feed is beautiful adventures with the most important person in my life. A bountiful expression of love for a person who’s filled my days with more rapturous happiness than I thought possible (She reads my blog fyi :P).
But some of it is my day job, dieting, excercise and arguing/trolling people on facebook who can’t seem to seperate their political views from their ever so precious feels and delicate sensisibilities. Mostly Bernie supporters, I have nothing really against Bernie, I just think his followers are a lot of insipid cultists who wallow in self pity and blame all their problems on ‘the man’. And like him don’t really understand economics and how his policies can’t really work in a capitalist system. So they try and downplay the socialism, but there’s really know way his policies could work without a socialist system. Which in america seems unfeasible.

I got for what is known on facebook as “Hate speech” which pretty much equates to any coloquial slur or shortening of a word. I said tranny the first time and I didn’t use it as a slur, just for what it is a shortening. But I get it’s un-pc for anyone but a tranny to say tranny. Then I guess I was on like a hate speech watch list and I don’t know if it was a bot or an especially vindictive facebook sjw. But it seemed like my entire feed was gone over with a fine tooth comb to weedle out the slightest hint of ‘wrongthink’.

I then was found guilty of using the colloquial insult of “faggot” I know what a crime, what a cishet oppressor I am for using a word that offends people. Well then I got banned again and again. I got banned for like one day then when I was reinstated they found something else to ban me for, this time three days. Then the same thing happened again, this time it was a week.
This time I made the mistake of commenting on some propaganda I saw on facebook and I quoted it. It was some anti-Trump propaganda where it accused him of saying racist slurs like “Beaner” and “Wetback” and “Anchor baby”. Well the last one isn’t a slur, it’s actually just a term.
All I said where “When did Trump say beaner?” Banned for thirty days. seriously?

Just quoting a video is hate speech now? I mean who are they protecting here? Do they honestly think they can stop racism/homophobia/etc just by stopping people saying the related words?
And even saying that I think back to the ban bossy campaign and it just sends me reeling when I think about the Orwellian idea of newspeak. If you don’t know ban bossy was a group of feminist morons including Facebook’s own Sheryle Sandberg who blamed women not getting ceo jobs on being called ‘Bossy’ as children. Which goes without saying is beyond asinine.
But, the idea of newspeak is to limit speech for the purposes of limiting thought. How can you speak out against something you disagree with if you don’t have the words to do it? Not that I think insults or racist slurs are good for the effort of changing things to fit the ideologies of a racist. What I don’t like is the idea of controlling speech for the purposes of controlling thought. Forcing some pc orthodoxy on everyone.
You can’t speak freely on facebook because you can’t know what will be listed as “Hate speech” next, so you just have to walk on eggshells and watch what you say on what is supposed to be a free and open social media site.
But even saying that now there are people who will read this and say something as retarded as “You’re only against pc culture cos you wanna be free to be racist”. To which I would respond “Yes, I do want to be free to be as racist as I want, which is not at all”.
I’ve literally seen this response, there was a video of right wingers saying pc culture makes them afraid to speak for fear of being called a racist. To which all the liberals responded by calling them racist proving their points perfectly.
Racism/sexism have no meaning in this generation, none at all they’re just thought ending cliche’s, words used to silence a person you don’t agree with. Like for instance… Trump.
I’d challenge anyone to link me to anything racist he’s said, any slur or generaliazation, you wont be able to find one. The label racist is only thrown at him because he’s against illegal immigration. When they call him racist, they’re trying to shut him up and make people afraid to support him. It’s standard form propaganda. And it’s the same with anyone that disagrees with this rampant pc culture. No disagreement is allowed, you’re either with them or against them.

I don’t really know what I’m trying to say which is standard for a rant I guess, just butthurt and need to bitch. I’m just sort of saddened by facebooks pandering and greed. First they limited free speech by charging people for reach, which is disgusting enough but now these Orwellian speech codes. I hope they tank, I hope a new site comes up and demolishes them because freedom speech is the only the cure for this.
Safe spaces and pc culture will only make us weaker and stupider as a species which only benefits invading aliens or maybe the illuminati or whatever haha.