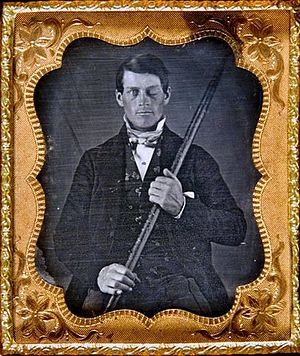 Here goes that experimental nano story I did that kind of didn’t work out how I expected, maybe I should stop trying to write novels in 30 days haha. Eh but I had fun doing it, it was different enough to hold my attention and be fun and for me to actually finish it despite not making the time limit because of work and that I forgot about nano until a few days in haha.

My one fan who read this said he hated the ending because they all die and no, no they don’t this is just satire on how the news lies and it’s all bullshit, kind of the main theme of the story, of course their press will say whatever they want, paint whatever narrative fits them. There are planned sequels but I don’t know when that will come. I need to do a sequel to Diana before I can even think about one for Gage or anything else. The next Diana book is just too juicy to pass up.

Not much been going on as of late, oh yeah it was my birthday haha. Funny seeing all those people I barely know on facebook sending me happy birthday messages and not being able to respond because I’m banned, I guess they’ll think I’m an asshole, eh they’ll probably forget in a year.

Still reading that new Parker book and I haven’t got that far into it but it seems like a return to form; slow plotting methodical story about a heist. Lots of interesting new characters and some old.

I did watch probably the greatest horror movie I’ve seen maybe in a decade last night and I’ll probably do a review of that just to align my thoughts. Because it’s one of those movies that you really need time to unpack. I should watch it again really.

Anywho I’ll leave you with this little epilogue and try to do some real work, going over the editing for Diana. Really hoping to make a jump on that soon.

Further news of this event are not in our record but one news clipping from the New york daily reported as follows;

Reports received earlier this week indicate a speciesist riot broke out in a small border town in Arkansas called Tupelo.

Earlier terrorist and anti-government activity has been reported in the area. It seems the gang activity had culminated around the town resulting in chaos and death. Even reports of rape, sodomy and cannibalism as well as predation of children.

The leader of the group one Phineas Gage who has been assumed killed in the resulting bombarbment of the town. Was reported as being a religious fanatic. He followed an outdated and archaic religion that still clings on in parts further away from civilisation. Reports lead us to believe that he was a sexual pervert. Taking many of the townsfolks young daughters and even sons to bed, some as young as eight or nine years old. He was also known to practice polygamy and human sacrifice.

Subsequently a rally will be held. Where upon the dreaded terrorist killed in the event will be burnt in effigy. So as to send a beacon to anyone that would emulate such a repugnant act of defiance. We will burn this traitor to democracy into out memories so as never to forget the aliens killed that day. Our heart goes out to the Cylon and their families who have suffered and who continue to suffer. At the hands of despicable speciesists that continue to persist in our society today.

In a more sombre note a brave attempt by a noble military unit of Lug troops was brutally thwarted by the gang. Who cooked and ate these noble American heroes. Subsequently we believe sodomizing them before and after sacrificing them to their evil god. These brave souls who died protecting their country will never be forgotten. Their noble sacrifice will remain long after their deaths and live on in the heart of the people who carry their memory.

They fought valiantly and will be remembered posthumously in a candle lit vigil in time square late this afternoon. All members of the unit will be posthumously promoted to General 1st class.

Unfortunately their bodies could not be recovered for burial as they were most likely eaten with their remains fed to animals. The resultant bombardment from the Spartan two orbital lazer left very little of the town remaining.

The government issued a statement later that day decreeing that ‘Hate would never win. And all those with hate in their hearts were on the wrong side of history’. A move that has been criticized by many heads of state as drastic and heavy handed. Nevertheless it was met with favourable support from the public after a poll was taken. With a whopping 90% in favour of vaporouzing the small border town and only 9% no and 1% undecided.