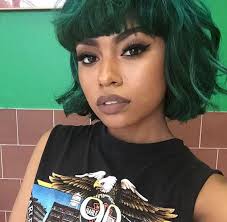 Not much to talk about, mostly been dayjobbing it and sinking deeper and deeper into general misery and misfortune, which is standard recently. I just can’t seem to catch a fucking break recently.

Although I watched like two thirds of deep blue sea 2 before me and my brother turned it off and decided an hour was enough time we were never getting back from what is essentially a really bad low budget copy of the first film. Part me almost wants there to be a documentary about this movie just to learn how it came about.
Did they win the rights to the name in a poker game, how did this pile of shit get made and why? I really just want to know how this went down and what drugs they were on when they thought this was a good idea.

The plot is basically they’re experimenting on the sharks and then the sharks overhear them saying they’re gonna kill them all when the research is done and the go berserk, I know it’s fucking stupid. But what’s even stupider is how this is put across is by the shark like looking through a window like “hmm that’s what they think mwahaha”. So dumb.
It just amazed me how bad it was and reminded me a lot of those movies like sharknado and sharktopus versus gatoroid or whatever and it was actually worse. Because those movies are fully self aware of how awful they are and they just have as much fun as they can with it.
They’re trash but they’re enjoyable trash, deep blue sea 2 is not self aware or funny at all, it’s just trash and I don’t know why it exists or why I even attempted just reviewing it. I’m just so curious as to how it exists. Mind boggling.

Anywhoo back on schedule with regular chapter posts and I’m amazed how long GS2 is, like why? Why is a zombie book so long? That’s just sad. I put so much effort into a book about zombie furfags haha. What is my life?

Ok well enough of that, gotta do some actual work, kinda shitty here because my boiler dyed so I’m just wallowing in my filth and trading in warframe which is more addictive than the actual game. Love life in the crapper as usual even worse than usual actually and I broke my toe because I was so angry that I couldn’t have a shower that I kicked the banister, genius.

But it’s not the first time I’ve had a broken toe, after years of martial arts my toes look like fucking twiglets they’ve been broken so many times haha.

Eh whatever just gonna spam and maybe do some proof reading, now that I think of it I should probably go over the pitch excerpt for Diana after Dark. I went over the other parts last week and really cleaned it up, I found so many mistakes I thought I might legitimately have undiagnosed down syndrome haha.

It’s really a good thing nobody follows this blog otherwise I would get a tonne of hate mail haha.

“Who th-“ Murray was cut off by a shotgun barrel poked hard into the side of his head. “Ow!”

“We ask the questions, you do what you’re fucking told.” Roch said through her teeth. She was feeling it, her adrenaline pumping, blood boiling, she wanted to hurt someone.

“That’s right, girls rule, straight white men, die!” Juanita came around the side of the truck. Trying to not look out of breathe as she lugged the giant anti-tank rifle around. Trying to look comfortable resting it on her shoulder.

“Freeze cracker!” Kat screamed trying to sound like a cop pointing her mach ten at him with both hands clasped tightly around it.

Jaclyn had her laptop in her arm, pointing her gun forward but not really aiming at anything. Concentrating on making her face look as mean and serious as possible.

Roch pulled Murray down the steps of the Van and span him around hard against the side of the truck. “Ow” He said “What’s all this about?”

She hit in him in the back of the knee and got close to his face and whispered “We’re asking the questions asshole”.

He straightened up grimacing and said “So ask away”.

“I just need to access his network so we can broadcast our signal piggybacking off theirs so..”

Roch smiled, her blood rushing in her ears. Murray closed his eyes and swallowed hard and said “Fuck me”.

“But we might need him for verification.” She perked up. “We have no idea how many security protocols they have, they could even have iris or voice recognition.”

Roch poked her head out of her bloodlust stupor, Murray squinted.

“I’m just saying. It’d be better if had him and didn’t need him than blew his brains out. Only to discover he’s the only one that can access the network.”

“Shut up” Roch said giving him another little love tap with the shotgun.

“Just bring him inside and sit him down.” Jac said.

“Who died and made you the boss”.

“Just do it Roch” Jac sighed as she climbed the small set of stairs into the mobile hq. She took a deep inhale of breath as she entered. It was everything she hoped it would be although it smelled more like ass and doritos than she imagined. She sat down at Murray’s console moving his mountain dew bottles to make way for her laptop. She opened it up connecting it to the terminal and started to type in command prompts.

Roch lead Murray. A nasty look on her face as she pushed him up the steps. She sat him at another one of the screens in the van on a chair connected to the floor. The van evidently was intended for an entire team of people watching the cameras, budget cuts.

Juanita felt like a million dollars. She was starting to see herself as some kind comic book hero. Fighting some righteous daydream as she dragged her oversized gun into the truck. Parking herself in a seat next to Murray with the gun by her side. Panting and sweating profusely she said “Who’s this guy?”

“He’s their tech guy, monitors all the cameras” Jac said with her back turned typing at her laptop.

“How didn’t he see us coming?” She wheezed.

“He’s just one guy.” She shrugged looking over at the sad sack that was Murray. “There’s no way he could have known we had the kind of tech to ping his signal or the man power to take down his guard team.” She scrunched her face like she almost felt sorry for him. “Plus I’ve been patching into their drone traffic. There’s activity happening all over town, there’s not enough eyes on the ground to keep track of it all.”

“So what now?” Juanita huffed.

“Roch would you mind tying him up and then just guarding the door with Kat? We need someone to keep an eye out.” Jac said with an air of aloof superiority.

“Sure thing” Roch sneered and flounced out slamming the door behind her.

“What the hell your cracker as-“ Kat was cut off by a neat balled up fist tapping her on the nose and knocking her onto her ass. The french man picking and palming the mach ten out of her hand as she fell.

“I’m very sorry.” He said as he looked at her on the floor dazed.

As soon as Roch came out of the truck she was too pissed off to notice the smell of the crazy homeless guy. Which waiting for her at the side of the steps with his back flat against the truck wall.

“Hi” He said cherrily as he snaked a hand onto the barrel of the shotgun. Wrestling control of it away from her and tapping her on the nose with the top of the barrel. She folded like a cheap pic nick table at a heap at the bottom of the stairs.

The Frenchman gripped the mac ten in his hand looking over at Carpenter. Gauging distance and spread.

Carpenter clocked him looking and gave him a cheeky little wink as he cocked the shotgun. Liking his chances.

The Frenchman seethed and slackened his grip on the gun.

“After you, my friend” The Frenchman said.

Read the rest of the chapter here.