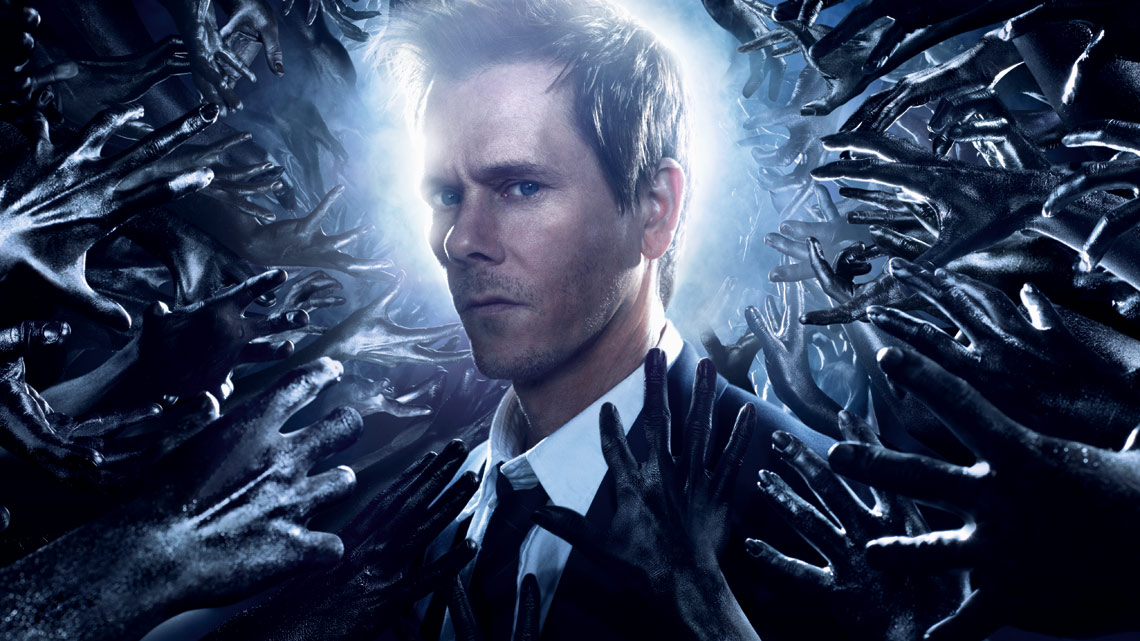 Ok, this is not really a review. It’s more of a rant, but when do I write anything but half assed rants?

So I the Following, I watched the first two seasons and honestly it’s kind of an ‘eh’ show for me. It’s the kind of show I watch while I workout or I cook to, its not some cerebral show that eye fucks me on the regular it’s just kind of a chewing gum show I watch to fill time while I do other stuff.
It has fun themes and decent actors but is otherwise unremarkable. It’s sort of normie-tier Dexter. Well Dexter is sort of normie-tier Dexter if you read the books which are much better but I digress.
It was ok, it was a little sloppily written, the plot was sort of jumbled and all over the place and it struggled with characters. Because it has so many and Kevin Bacon and all his cohorts are sort of generic as fuck, like seriously they could swap them all out and it makes no difference and none of the main ones die so there tension is sort of lost but you don’t really care about them either.

But it was a great show for knives, lots of cool microtechs and cold steel knives on show. And in season 3 I actually saw my favourite killer using a knife I actually own which just touched my heart haha.

I dunno, I mean the main characters are sort of unlikeable and the bad guys are sort of between being too angsty and cunty to being too likeable. Like it gets to a point in season two where Joe Carroll the main killer cult leader played by James Purefoy who is awesome see Solomon Kane and Ironclad. He is so likeable to a point where it’s bad, it gets to a point where he’s almost a foil, he stops being scary, you forget he’s a serial killer. He’s just fun ol’ uncle Joe. So you have a real clusterfuck in terms of characterisation going on and the plot is sort of middling and predictable for the most part but its watchable.

Now here comes season 3 and it’s actually very different and its apparent from the start, it’s handled really well, written really well and it fools you, it takes a completely different path from the other two seasons. It sort of builds slowly to this midpoint where a new killer is revealed and at first I wasn’t that impressed because this show sort of throws out killers like hot dinners. In a way not dissimilar from Hannibal but in lots of ways I think this show is so much better than Hannibal because it has a lot more substance, Hannibal is all style, just freak of the week killerfest. It’s dull honestly and the following has a few throw away killers too but then this guy starts getting more and interesting.

It started to make feel like I was watching the first season of Mr Robot, the guy is like a serial killer version of Elliot from that show without all the shit show psychodrama of season two. But I won’t get into that emperors new clothes bullshit again. He even almost looks like him actually, although he’s a mulatto I think, not egyptian like I think Rami Malik is. But this dude could play a Kang if pressed haha.

I really liked his character, he had a lot of depth and was genuinely scary as well as likeable in a Dexter kind of way. The concept was great. But the show sort of fumbles him a little bit because it’s a bit one sided, the killers don’t really get away with much honestly, the fbi is a bit too good. Like they kill them all and not too many of the main characters are even scratched so it gets to be you’re rooting for the bad guys because they’re like the underdogs.

Because this guy is this awesome killer, like a total badass but he’s foiled constantly by these stumblefuck fbi agents and it can’t help but take the sting out a little.

But the season ended in a really nice open way because you have this awesome killer Theo, the hacker hacker haha. But it also leads into this rich kid serial killer social club a lot like Hostel and I think that could have been even better. Also Joe the serial killer from the first two seasons is executed but lives on in like a yoda ghost sort of way but creepy haha.

Sadly, just typing season 4 into google while I was looking for header images and it turns out they cancelled it which really sucks. Because although I wasn’t really invested, it was like Lucifer I just sort of watched it and took whatever I could from it. I had through the third seasons seen something really great blossoming and to see it cut short like this just when it was getting good is a little disappointing but eh there’s more fish on amazon prime haha.

Maybe I’ll do a black sails review just to talk about gay pirate kiss endings haha. Maybe not, might get kicked off the internet.