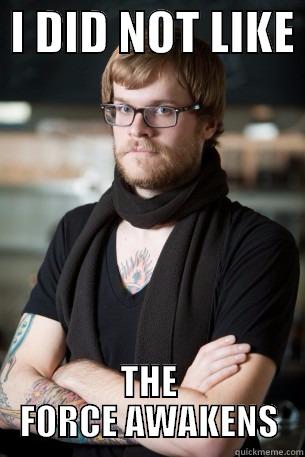 It’s s been like a week since I saw the latest star wars movie and of course I thought this would be perfect timing to do an informal review when I’ve pretty much forgotten most of the movie and everyone and their great aunt has reviewed it already and moved on to talking about the patriarchal oppression of monopoly sets.

It’s just been awhile since I’ve done an off the top of the head kind of blog and I wanted to see if I could still spit free style nonsense.

Ok my first impression from the trailers was mixed, it looked cool, like a back to form sort of cool. But the way the trailers were shot was a little too in my face in regards to the race and the genders of the main characters. It looked a little needy to me, maybe that’s just because of the year we had in regards to all this social justice nonsense polluting everything but it seemed a little like it was pandering to that demographic of self congratulatory modern day yuppies.
It’s not something I thought was that relevant when I watched the movie, there was no hammy speech made by Rey or Finn on the necessity of diversity or women in the rebel (Sorry ‘resistance’) work force. But it seemed like JJ felt like he needed to apologize for slave Leia and Darth Vader turning out to be white by pushing a woman and minority character to the forefront for a much needed pat on the back from the diversity police as a way of saying ‘Thanks for not including anymore white men’. As I say I didn’t think it too relevant at the start but apologetics seemed to become a more relevant overall theme as it went on.

I don’t really feel like going into great detail about the main characters just yet because I feel like they’re characters that will grow with the new series. But in a nutshell there’s Finn an ex storm trooper turned shit talker, an ex scavenger turned super Jedi Mary sue Rey and an Ex member of Hanson turned emo sith Cadet Kylo Ren.

I didn’t really have much of an issue with them and in fact I rather liked them despite their characters being a little stale, I thought Finn needed more dialogue, I liked his arc, I just don’t think the story was big enough to make room for him and Rey and Kylo and everyone else. I felt like he got sidelined a little.
Rey is probably the most annoying character and I’ve already heard people describe her as a Mary sue and she is kind of a Mary sue. She’s basically good at everything and never fails at anything, and spoilers she like out jedis Obi Wan without any training whatsoever and beat a sith captain who was probably trained since birth by Luke Skywalker himself without ever having picked up a lightsaber before. It really pissed me off because it just begs belief, it swerved a little too far into ridiculousness.

But I don’t feel that annoyed because I think all these characters are growing and their arcs will get deeper and more interesting in the later films (fuck I sound like an apologist).

Ok ok I saved my favourite until last; yeah predictably my favourite character was Kylo Ren. I can’t really put my finger on it, but at the start he’s sort of the generic Vader copy but then when he takes off his mask he takes on a depth of character of his own that I think really pays off throughout the movie.

I think Driver’s performance was perfect, I know people are calling him this emo fag or whatever and I even compared him a little to Haden Christenson’s shockingly bad portrayal of Anakin Skywalker myself. But I just can’t put my finger on it, Driver brings a level of intensity and angst that really sells it and it’s almost like he succeeds at what Christenson was aiming for and just missed the mark of. That troubled dark man child with a sword in his hand and I think it really worked, he didn’t induce cringes, he really sizzled and was sort of creepy and likeable at the same time.
This was the difference between him and the heroes, we’re used to Star Wars being a little cringey and especially after the shockingly bad prequels but he wasn’t the least bit cringe worthy, he really nailed it and I can’t wait to see how his character develops later into the trilogy. He’s one of these characters that makes me sad that all heroes have to win in the end and life is just so two dimensional like that, and skewed so that reality has to bend to the will of good always winning.

Another thing that is so different and sets this film apart from all the others is the action. The action is something never before seen in star wars, we’re used to this heavily choreographed amazing acrobatic lightsaber duels. We don’t get any of that; it’s all gritty balls to the wall lightsaber street fights almost. Untrained amateurs hacking away at each other with deadly glow sticks. I sound pissed, but I think it was a lot less flowery and way more intense. It looked less like a dance and more like an actual fight.

Now the crux of the matter with this movie is that the internet is split between singing its praises just for not being the prequels and hipsters saying it’s the emperor’s new clothes. And as it usually is the case, the truth is somewhere in the middle.

Yeah it was hardly the most original film ever, the formula is pretty much a recreation of a new hope but I don’t really begrudge that, history repeating itself is a common (maybe lazy) theme in lots of movies. And it wasn’t the most spectacular movie, it wasn’t perfect but neither was new hope or any of the star wars movies. But bottom-line I enjoyed it.

There was never a moment I was bored or just cringing so hard I couldn’t open my eyes like the prequels.
But that I think is the biggest problem with this film, its ‘safe’.

Say what you will about the prequels but they took risks, they fell flat on their face but that’s taking risks for you.
The Force Awakens is paint by numbers star wars movie but what it lacks in originality it makes up for with a higher calibre of acting and compelling characters and action.
But to go back to what I was saying about this being an apology. That’s what I feel was going on here, a solid movie piggybacking on the original trilogy that didn’t stray into prequel territory. No matter what people say about the originality, we wanted a star wars movie and that’s what we got.
I’m being honest with you when I say, I really wanted to be a total hipster douche and shit on this movie to protect the honour of the original trilogy but I can’t. It’s a solid, very entertaining film with fresh new characters that will grow with us as an audience.