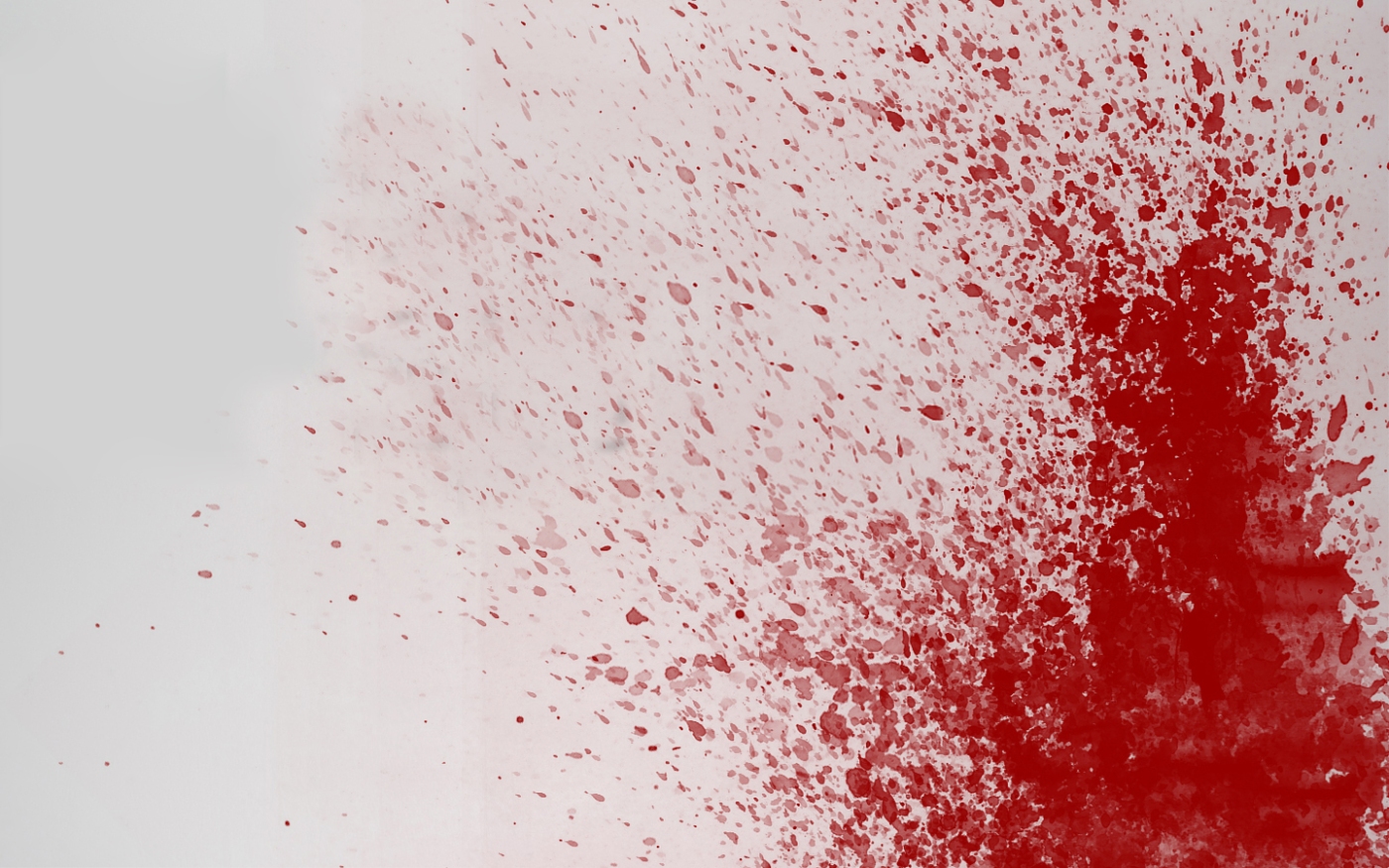 I am happy to report Diana for all intents and purposes is as done as I’ll probably ever get it, despite wanting a near infinite number of proof read from myself and any passerby on the street. As long as I can quiet that perfectionist voice in my head, it is done.

Now that that colossal time and energy suck and… Diana is done with (ha I made a joke about being single), I can move onto greater things which don’t include finishing Loverman. Yeah I might finish that but I dunno, it kind of feels like a slog. Like I have to be in a Lovecrafty mood really and I can’t seem to get there right now, but I will finish it eventually, sooner than later.

But I’ll tell you what I have been in the mood for, not writing so much as screen writing, that’s right, your boi is writing a pilot for a tv show, why? Because it was already a book and I want to see a tv show of it because, well ok there was already a tv show but it was in the 90’s I think and it was awful. Well it was good, but it kind of butchered both the movie and the book and was made of the shittest cg you’ve ever seen.

I just liked the book, not as much as the films or tv show but I think a tv is really what it needs to really flesh out the world it takes place in and although I would to not write the show and just enjoy it as a member of the audience. The current state of television guarantees that it would suck the sweat off a deadman’s balls.

The reason being that it’s too tempting as a platform for satire and political narrative pushing. We wouldn’t get past the first episode without some joke about Trump’s hair and orange skin, it would be a fucking disaster.

Only someone like me could do it justice, not because I’m a genius writer, well, but because I actually fucking respect the source material enough to not just to bastardise and attempt to use it to push my own brand of brainwashing. Which funnily enough Paul Verhoeven tried and failed to do in his movie version of the book.

Because believe it or not the book is completely played straight, it’s not satire. Heindlin was an ex navy right wing guy growing up in a more conservative time and he saw a future where liberalism would tear society apart and thus envisioned a future military fascist government piecing it back together again.
Verhoeven, a great director, Robocop is probably one of my all time favourite films, tried to satirise the book and add his own brand of humor to try and make fun of and demonize the fascism glorified in the book but he just sort of made it look cool and fun haha.

I kinda wanna do both honestly. I want it to be played straight but you can’t sidestep how fun Verhoeven made it in the movie. Surely some ideal balance can be struck where you can satirise the necessary evil of fascism and glorify the order and stability of it at the same time. I want to have satire but not at the expense of the story or the fun.

That’s my number one goal always, entertainment. I don’t write to preach to people or ‘educate’ them. I write to entertain myself and others and that’s all. I think when you focus too much on a particular ideology or message you lose the ability to have fun and tell an interesting story.
I have nothing against having a good moral message in a story though if say it’s a show for kids but I don’t write for kids and adults don’t need to be preached to about morality or whatever hair brained social justice cause is popular in the zeitgeist in any particular moment.

So what have I been up to apart from not doing that, I haven’t even started writing, still anally planning haha. Erm lots of exercising as usual, my chest is on fire as we speak, gonna need new weights soon, getting to yuge for these ones haha. Relationships janky as fuck as usual but I’m not letting it get me down I’m really hopeful about getting an agent for Diana and if I don’t get one now I think I’ll try again in September with a better cover letter. And in the mean time work on my pilot and maybe get a sequel to Diana in the works which I’ve been planning for awhile but haven’t had the guts to clinch on.

I’m kinda just waiting for the wind to strike me on that one, I don’t want to start it too soon, I want to savour and start it at a time when I can really enjoy it.

Oh also had a great time recently playing the Resident Evil 2 remake which I might do a review for tomorrow. It’s a lot of fun unsurprisingly. Some people are shitting on it a little bit but all in all it was a lark. So stay tuned for that, I think I’m gonna go back to planning my pilot and waiting for my main facebook account to be unbanned so I get back to spamming and shitposting haha.

Its blood isn’t it?

All over the floor.

Why is it here?

All over the carpet.

Why did you do that?

Blood all over the floor, spreading and getting thicker, like a dark red plastic, coating everything. A child’s room, bunk beds, bright colors. Where was this place?

Something rose from the blood, the sea of thick hot red plastic. A head coated in it like it was molten wax. Then another and another, bobbing like croutons in a rich tomato soup.

My vision was a tiny cone surrounded by blackness, small hands, a child’s hands reached for the heads, turning them over one by one.

I recognized their faces but couldn’t place them. Buried somewhere, a tinkling, a mocking laugh and the slamming of a heavy door and they were gone.

A feeling of loss, of loss of loss. Losing something that never existed, something I never had taken before I even knew it was there.

The little hand reached for mine, and it told me to come and play. I wanted to. I wanted to so badly, but I couldn’t. Something held me back.

I woke up again, a cold sweat; it was dark. I maybe got two hours sleep on Paul’s couch.

We could’ve used the bed, of course, but I couldn’t drag him much farther than the living room. He was a big boy.

Once I’d gotten him down, I’d wanted to stay with him and make sure he was okay.

Some motherly instinct kicking in, Diana?

Hardly, a good mask needed a touch up now and then, like anything else. Soon enough, after lying next to him, the sandman had snuck up on me and wrapped a ten pound fishing cord of sleep around my neck.

I’d fallen asleep right on top of him. Now I awoke again in the wee hours of the morning, he was gone.

Paul came in after a minute or two with a glass of water and sat back on the couch like he didn’t even notice I was there. He cleared his throat and took in a big deep breath, then proceeded to take sips from his water. He yawned and hunched forward in only a pair of stripy boxer shorts. The glass perched in between his large smooth hands. “Oh, you’re up,” he said. “I was just getting some water; I didn’t want to disturb you.” A little sad smile crossed his face.

“Here.” Paul handed me the glass.

I took a big gulp from it. I suddenly felt utterly bottomless, and wanted to down the entire thing. It felt like we’d never talk about what’d happened, and that was kind of how I wanted it. Pretend it’d never happened. Just let it slip off the cuff, a very interesting dream soon forgotten.

“What happened back there?” he asked, rather ineloquently breaking my fantasy of a night lost. Murderous pirate ships passing in the night.

“You don’t remember,” I stalled.

He cleared his throat and looked off into the corner of the ceiling above the TV.  “Um… I remember drinking a little and then—” He shrugged his large round shoulders. “I dunno, I guess someone jumped me and everything went black.” Paul sucked in some air from his teeth and went back to nursing the now half-empty glass. “I woke up here, and my gun was gone.” He sighed like he was talking about a botched boy scouts camping trip as he stared into the glass. “My dad is gonna kill me”.

“Doesn’t he have lots of guns? I’m sure he won’t notice one missing.” I said.

“You don’t know my dad.” He scratched the back of his neck. “I’ll have to tell him it was stolen.” He scrunched his shoulders up around his ears as some sort of stretch.

I heard a cracking sound and found myself staring at the muscles around his chest and back. He was shirtless, and I had to admit I had some fascination with the play of his muscles.

“Yeah you can’t tell him you lost it in a fight in a drug dealer’s house.”

Paul let out a self-deprecating sound, halfway between a laugh and a cough as he choked on some water.

We gave up on sleep after that and had a quick shower—separately. I had to change back into my previous set of clothes. Which was a little disgusting for dainty Diana, but I couldn’t exactly skip school the day after another massacre. Even if the whole finding body parts at school thing could’ve bought me a little credit.

A few short hours later, I stood in front of my locker again, staring at the space left by the volleyball. I inhaled and sighed, taking in all the smells of the pretty people passing me. Their talking all mixed together into an interminable cacophony of inane chirping, or tweeting. The occasional chortle and hushed whisper.

Did I hear my name?

If you want to read the rest of the final version you’ll have to wait until it’s out or find the horrible raw version on inkitt haha.