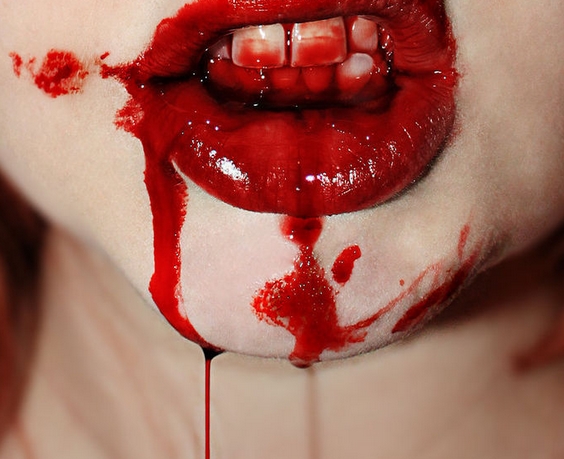 It’s been a very eventful week and by eventful I mean I did pretty much nothing but I feel good about it.

Yeah, well erm I didn’t do anything very constructive but the love life front magically out of nowhere seems to be wonderful again thankfully, like waking up from a bad dream almost. Or maybe it’s just a really good dream.

I watched Black Panther… and I fucking hated it haha. Well I was sort tossing between incredibly bored and just indifferent to it which translates to hate for me haha. If I don’t care about the story or characters and think the action is dull and uninspired with bad acting and storytelling and then think to myself; “Actually the early noughties fantastic 4 movies were pretty good” thats pretty bad to me haha. But I’ll probably do a more in depth review on it tomorrow.

As far as work is concerned (I mean real work not work work) I’ve been thinking about Cur the fantasy novel I’ve had on slow boil in my head and I think I finally cracked what I needed to get it off the ground in the old head oven, turn up the heat a little to a nice steady simmer haha. I was thinking about the witcher and the rich folklore it borrows from and I decided to go folklore shopping as you do and my babymama has always been a big fan of faeries and the fae and I thought that would be an interesting start.

So I started researching and I went through germanic and slavic folktales until I finally found my way to the celtic book of invasions and it just seemed to fit somehow. And on top of that it seemed fresh and good and it hasn’t been done before or at least done to death like the nordic and germanic folklore.

I just started to look into it and it started to paint a picture in my head, to get back to the cooking analogy, it added a spice I was missing, it added a base to work from and it’s really coming together in my head and just thinking about it is really fun. Honestly pretty excited about it, I haven’t put much down on paper but it’s getting there in my head, momentum is building, I just need to keep working the steel a little.

Yeah a blacksmithing analogy is more manly than cooking, I should change to that haha. Can’t be bothered and go back and change my previous analogies, whatever.

Anyway I really like the way its going and I’m so glad that it’s stoking a fire in me just to stop me from rushing into another Diana book before it’s properly formed. The timing is  just too perfect and I’m really excited. Before I was a little hesitant because I didn’t really know what direction I wanted to take it in or have any real narrative, now I have too many ways to go and I’m loving it. I have my cool names, I have my cool location, I have my cool characters and I didn’t just pull it out of my ass.

It’s not going to be about faeries but it’s going to be about the world before faeries, it’s faeries the prequel with all the dark gritty stuff left in, culminating in the death of the gods and magic and the birth of faeries, which are this diminished forms of these old gods.

Anyway wasted enough time today, I need to do some spamming maybe and maybe some more proof reading I guess if I have time. Also I need to go over the Diana pitch another time for good measure and absorb more celtic folklore.

Gone back to the excerpt style just for a more bite size blog, so click the link to read the full devilishly delicious chapter on inkitt.

Whatever the esoteric message of the photocopy meant I didn’t have enough time to make any sense of it. As a tight popping cracking noise of a microphone being tapped and tested and then a nasally voice filled the whole room.

“Folks, can I have your attention please.” Principle Maria Petro said. She stood looking over us from the balcony dressed a little like a character from the fifth element in a leopard print onesie? Cat suit? What are those called? Which actually fit with the neon space jungle theme. She was a short stodgy woman with a nest of badly dyed hair that looked a little like ramen noodles. She stood in what looked like a brightly lit star gate or arch, her hair done up as high as it would go. Thankfully it was high ceiling without any fans or low hanging lights. Her face a perfect mask of confidence and years of stored up aggression from dealing with the most spoiled kids on earth. All the make up in the world couldn’t cover up those frown lines. “Ahem Good evening everybody, I hope you’re all having a great time.” Paused for effect. Looking down at her subjects expecting an answer or maybe an uproarious applause. She cleared her throat and continued on without it. “It’s my pleasure to announce this year’s senior prom queen and king.”

I made my way back over to Paul, strategically elbowing people in their solar plexuses. Solar plexi? Swimming through the crowd, only spilling about half the contents of each cup on other people’s rented shoes. I handed him one. “Thanks”. He smiled for a moment and then stood bolt upright and his eyes got a little wider.

“No it’s the fucking tooth fairy”

“What are you?” Paul asked looking over his shoulder keeping his neck stiff.

Wendy moved out his large shadow and poked him in the side with that deadly DG purse, her hand inside it. I imagined not clasped around her lip gloss. Her hair was coming undone, rogue strands now sticking in places to her patchy fake tan, running from the sweat. “Brodie stood me up” She said shooting me a glare like it was my fault. “They’re about to announce it now and the queen needs a king comprende?” She spat through her expensive bridgework. “So I’m just gonna borrow yours, you got a problem with that?”

“Err-“ I said eloquent and loquacious as ever.

“It’s ok, it’s cool.” Paul said as he tried his best not to look as stiff as Frankenstein’s monster with a hand up his ass.

“Walk” She said still looking at me.

He resisted the urge to raise his hands like a hostage and started to pad slowly towards the stage stairs.

There was no direct access to the stage. Wendy poked him through a set of stage doors and they disappeared hopefully to reappear on the other side of the star gate in one piece. But there was an awfully long pause and silence that followed.

“I’m happy to announce” Principle Pietro unsealed a sparkly envelope, very glamorous. She unsheathed a gold piece of card. “This years prom king and queen are-“ A sudden interruption, a dull pop and then another and then a shrill scream.

The room froze trying to recognise the sound.

Wendy burst out onto the stage the small pistol in her hand. A ruby red stream of blood flowing from a broken nose but no Paul to be seen.

“Gimme that!” she said as she snatched the studded prom queen tiara from Principle Pietro’s hand shoving her out of the way. She tried to pin it to her head with gun still in her hand. Once it was level she scanned the room of all the faces still frozen in stunned silence. Her existence now a morbid curiosity, a downward spiral, a car crash happening in slow motion and then she saw me looking up at her. The part of me that was really me wondering if Paul was still alive, the other part that was distinctly darker and couldn’t keep the smirk off my face. Here I was, a peasant in the crowd watching a debutante fall face first in the mud and I couldn’t stop the muscles in my face tensing into something like a smile.

“Fucking bitch this is all your fault!” She screamed and started firing wildly into the crowd I happened to be mingled in. The tiara drooping down and getting tangled in her hair as she cried.

Luckily at this range that little gun was about as deadly as a spud gun and there was just far too much confusion to hit anyone in particular. The crowd predictably woke from their frozen morbidity. Erupting into a flurry of fight or flight lizard brain comprehension. Stampeding towards the nearest exit. Climbing all over each other so as not to become the lucky recipient of a nine millimetre kiss blown from a killer queen.

My first instinct unlike that of a mere prey species was not to fight or to flight but to hide and wait and watch and see. I told myself I couldn’t leave without knowing what happened to Paul. He wouldn’t abandon me and I couldn’t let my mask slip off completely without at least trying to save it. What kind of girlfriend would I be if I just ran and melted into the maddening crowd of lurching farm animals and left him to bleed to death?

The exits were currently expurgating a constant stream of furious humanity. The true meaning of an ancient roman vomitorium now fully realized. Another fortuitous exit was marked out for me with a sign above the alcove that read “The glow zone”.

I broke from the herd and darted for the exit looking up to make sure she noticed I was distinct from the throng. She cursed in spanish and fired a warning shot over the bow of the balcony missing and chipping the horsehead ice sculptor, “Go Trojans”.