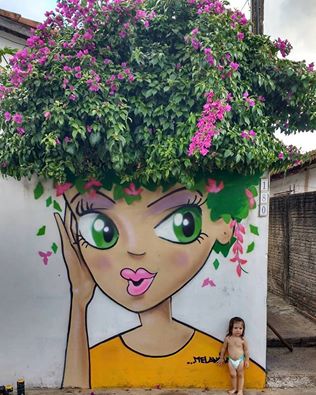 Here’s the latest edited chapter. It’s a slight change of pace, I hope you like it, it’s more development on a few of my favourite characters.
A bit of an update on my shiiiieeettt! I tried to start one of those novellas I talked about, just some short, under 40k story to keep me sharp and maybe pimp out to some anthology or something. But this new project I have pinned for nanowrimo is just too tempting to not fiddle with and instead I spent all day writing and assigning chapter titles from Nick Cave and Tom Waits songs haha.
It’s going to be in four parts, I’m really going to get my teeth into some neo-noire on this one kids. I have a good feeling about it, I can see it coming to an airport newsagent near you haha.
So that’s what I’ve been doing in between blogging and trying to get this zombsploitation printed.
As usual you can find the full chapter on my inkitt page for viewing on phones and tablets or whatever. Now begone with you I have a psychological thrill ride to plot haha!

~
“MOOOOOOMMMMMM!?!?” TJ screamed, frustration and a hopeless terror filling the emptiness in his chest. He heard the shower turning off and waited a few seconds. TJ breathed restlessly through his mouth, his throat burning, child tears queuing at the corners of his eyes.

“WHAT?” he heard as the bathroom door opened.

“WHERE’S MY STUFF???” he shouted, to stop from bursting into a tearful downward spiral of self-loathing and impending doom. He inflated his chest to keep his lungs from collapsing.

“YOUR LITTLE FRIEND FROM NEXT DOOR CAME OVER WHEN YOU LEFT. HE SAID, YOU SAID HE COULD BORROW SOMETHING FROM YOUR ROOM; IS EVERYTHING OK?” Her voice trailed off at the end and TJ felt pricks of looming dread on the back of his neck.

He picked himself up off his bedroom floor; he felt like throwing up. His legs were hollow and he struggled to stand, but he had no choice. He swallowed hard and put his hand on the knob of his bedroom door. He closed his eyes and whispered a pathetic prayer to any god that would listen. When he opened his eyes he was outside the door of his neighbour’s house.

The house was almost identical. It had been built at the same time, but apparently everything was the opposite way around. TJ had never been there before because his neighbours were massive douchenozzles. He had hated them since childhood, when they had poured lemonade on his head and rolled him in the sand pit. He got a good look at the interior purely because the door swung wide open as he put his hand on the knob.

The hallway was a crime scene: pictures smashed on the floor, furniture looking off kilter, shoes tossed aside, small drops of blood and a telling trail leading up the stairs. It looked staged, fake, like the set of some cheesy rural crime drama.

He stepped in through the door frame, gingerly trying not to touch anything or make a sound. But his visions of a silent entry were dashed by the distinct sound of glass crunching under the rubber sole of a ‘Dora the Explorer’ slipper. He mused to himself: why hadn’t he changed into some more practical shoes? Before he could put more thought into that vital question, his attention fell on a flashing battery light shining through a bloody shirt.

He pinched the corner of the shirt, bending at the knee as he leaned over an upturned wardrobe at the bottom of the stairs. He pulled the damp shirt towards him and it drew across the device with a slow stickiness, the damp blood throwing up a musty copper smell as he pulled it closer to him.

He pulled the shirt all the way off, revealing a small digital handycam: the same one they had used in the backyard to record their show. He picked it up slowly, by the handle strap, and turned it around to look at the viewfinder.

Frantic steps fell on the cold sidewalk across town. A shoe fell off in a desperate struggle to get off the street. Ankles twisting, people falling into the road. A quiet, slow rolling panic pouring out into the morning light.

The door of a small mom and pop grocery snapped shut. Three shadowed figures watched from the slats in the wood and glass storefront door as a slow boiling chaos milled around outside.

“What’s going on? Who are those people? Is it the army?”

An obnoxious car horn tore through the furious cacophony of anxious whispers. The small road, one of three that led out of town, was blocked by two large trucks, guarded by faceless men in black tactical gear. The car horn didn’t seem to bother them; they stood like wind-up toys, waiting to be over cranked.

The small town was a flat plateau; it was elevated, secluded, surrounded by a dense wood on one side, mountains all along the other, leaving few routes out. People came to live here for that seclusion. For the peace and the pine smell, fresh mountain air, clean water. Most of them commuted to work and lived in lavish suburban homes. The local businesses slowly starved together, only kept alive by a small contingent of hipster college kids, back for the summer, spending their parents’ money.

The roads leaving town were boxed in by these small storefronts.: some empty, some almost empty, boarded up; half the town seemed to be in boxes already. The trucks completely sealed the town. The line of cars was large. It was made up of early morning commuters and families leaving to visit relatives out of town. Mixed in were a sprinkling of nervous people who had seen something that deemed a quick exit. A subtle base level of fear was snowballing, passed back and forth between the people in the traffic jam, like a Ping-Pong ball covered in PCP. Impatient fingers drummed on steering wheels; a roll of cold sweat wiped away by a clammy hand; cacophony of throats clearing, reminding others of their existence. Children in buggies were reassured by uncertain tones from nervous parents.

A feeling of drunken mass hysteria was winding up for a curveball, the traffic jam growing larger and longer and less uniform, the people feeling more boxed in by the small sleepy store fronts. Glass and soft woods gathered dust, the bones of an old town looming over them like gravestones. A claustrophobic feeling closed in on them, suffocating their better senses, changing them into cornered animals.