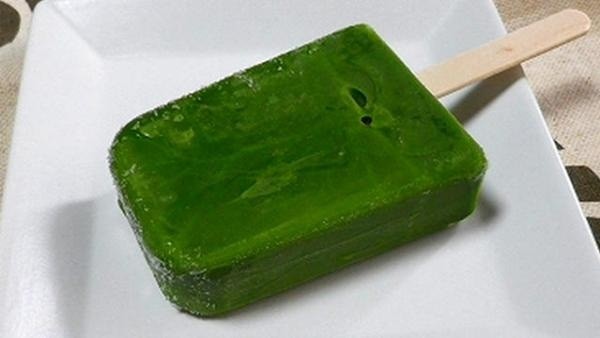 Latest chapter of GS proofread, as usual rough as shit, still having it edited, I should have chapter 3 back by next week. So hold your breath for that haha.
As usual you can check out the rest of the chapter on inkitt, which I will link to at the top and bottom. I do that because you can’t copy and paste any of that and it’s easier to read on tablets and stuff and you can read it in order.

“There he is!” Dave said as he pointed over his Sikh billionaire boss’s shoulder. Standing erect with a pair of expensive looking binoculars.

“You littal cant!” Pete said as he cranked the pressure gauge in his custom air arrow launcher. He narrowed his eyes to keep track of a wiley moving target.

The scope flitted around trying to keep track of ragged green form as it darted from cover to cover dipping. “Keep still you little barstard!” Pete spat.

“Think you can outrun me you little facka!”

“He’s over there!” Dave screeched as he leaned on the raised lip of the gunstore roof.

Pete tried to steady his breathing as he tunnelled his vision down the scope of the rifle. He tried to hone his concentration on this vagrant target eluding his gaze. A quick flicker of light and a sharp piercing feeling of murderous intent. Pete was sent reeling off his makeshift perch on the roof.

“What was that” Dave said.

Pete looked over himself patting down for injuries “Something came right at me”. Pete readied himself again at his perch. “There!” Dave screamed. A lithe figure slipped through a gap in a wall of milling living corpses. Completely oblivious to this quick witted sewer rat of a man breezing past them.

“You fuckin what!’” Pete said as he gritted his teeth pulling hard on the trigger of the arrow launcher. A quick bolt and satisfying release of pressure. An arrow was thrust into the crowd as the figure disappeared.

“I dunno” Pete said as he lifted the rifle up and rested it against the wall.

“Who the fuck was that?” Dave said standing in an awkward pose. Feeling a little buzzed and drained from the excitement. As if for a fleeting moment the shoe was on the other foot. He glanced back over to the spot the cornered animal was last seen with his binoculars. he had to catch his breath despite not having moved an inch. “Hah does that one kinda look like Burt Reynolds to you?” he said as he looked out over the shambling corpses on the other side of the street.

“Another c’ant like us, I reckon. Didn’t get a good look at ‘im.” Pete said as he leant against the lip of the roof. He took out a hunting pipe and filled it with tobacco. He lit it and took some measured pulls on the horn lip piece with a faraway look on his face. Listening to the sound of his own heartbeat. As he put pressure on the wall, the other side cracked a little and little pieces of mortar and brick crumbled. Following the cracks in the what was now seen as a hastily and shoddily built raised wall around the roof. The owner probably used for his own late night target practice. Lodged a good four or five inches into the mortar was a shiney and very sharp looking butterfly knife

A sickly light trickled through the gaps in the shutters of an upmarket house on the more affluent side of town. The house was still and looked vacant in the bluing light of the evening. The night on its way bringing a much needed stillness to the ‘busy’ town. The house was old looking, reminiscent of some older new England town houses. A two storey affair made of retouched white wood and roofed with grey tiles. The windows were partitioned with the same white wood. All with drawn curtains and shutters.

Inside the house a deathly cold gripped the anterooms and the hall. A musty smell the owners must have gotten used to living in such an old house permeated the rooms. And the floorboards creaked like an old haunted house.

The stairs were fairly grand, made of an elegant hardwood. Leaving them cold as century old bone to the touch. The faded blue light gave them a dreamlike quality, still as if out of time entirely. Like the whole house were some sort of display or diorama meant for looking but not touching.

Nevertheless something was living there. Something stirred in the dull blue light that probed the dank house. Little feet slapped the icy staircase as they descended the large steps. Creating the slightest creaking noises on the old steps.

A little girl, maybe five or six in a frilly night gown descended the stairs like a ghost. She held a stuffed iguana close to her little chest. She peered into the inky blue stillness of her home and saw a spark of light. There was a warm glow building in the furthest corner of her house. Followed by whispers and hissing sounds through gritted teeth and a strange smell.

She tiptoed down the stairs trying to make as little noise as possible. As she got closer the angered hissing noises continued. She could hear a few choice words and laboured breathing as she approached the light source.

The light was coming from her living room. A small fire stoked in the old wood burning fireplace. There was a man sat down in front of the fire talking to himself angrily.

“I’ll get you, you asshole, you just wait, I know where you are! I’ll get you and I’ll-ergh!“ The man muttered to himself as he nursed a wound in his shoulder. A bloody arrow tossed on the hardwood floor by the fireside. He sat on a large green army coat in front of the fire rocking back and forth like caged animal. A blood stained kitchen knife clutched in his hand as he held his arm, pressing it against himself.

“Santa is that you?” The little girl said as she saw his scraggly beard and long hair. “It’s a little early, where are all the presents?”

“Presents?” Carpenter said furrowing his brow in a confused daze. Caught off guard by the little girl in her pyjamas, he gripped the knife tighter. “I don’t have any presents”

“Oh” The girl said, taking it surprisingly well. “Well could you help me?” She said as she tightened her face a little. “My mommy and daddy are sick” Her voice raising slightly at the end catching herself.

“Shhhhh” Carpenter said as he smiled and put his finger up to his mouth. “Take me to them” He smiled broadly exposing his yellowed teeth. “Santa has something for them” He said as he stood up shakily, sliding the knife underneath his belt.

If you like what you read so far of this excerpt go check out the full chapter on inkitt completely free.