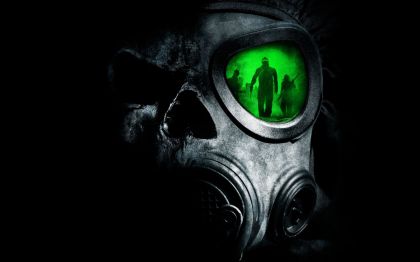 I’m having the second chapter of this edited as we speak so I should be releasing that shortly, been falling behind recently on actually writing it because of you know what 4 so I’ve almost run out of content from this book to post, ‘almost’.
Let me know what you think and as always you can check out the full chapter here http://www.inkitt.com/stories/25507/chapters/5.

“MOOOOOOMMMMMM!?!?” Tj screamed frustration and a hopeless terror filling the emptiness in his chest. He heard the shower turning off and waited a few seconds, breathing restlessly through his mouth, his throat burning, child tears queuing at the corners of his eyes.

“WHAT?” He heard as the bathroom door opened.

“WHERE’S MY STUFF???” He shouted to stop from bursting into a tearful downward spiral of self loathing and impending doom, inflated his chest to keep his lungs from collapsing.

“YOUR LITTLE FRIEND FROM NEXT DOOR CAME OVER WHEN YOU LEFT, HE SAID; YOU SAID HE COULD BORROW SOMETHING FROM YOUR ROOM, IS EVERYTHING OK?” Her voice trailed off at the end and Tj felt pricks of looming dread on the back of his neck.

He picked himself off his bedroom floor, he felt like throwing up, his legs were hollow and he struggled to stand, but he had no choice. He swallowed hard and put his hand on the knob of his bedroom door, he closed his eyes and whispered a pathetic prayer to himself to any god that would listen and when he opened his eyes he was outside the door of his neighbour’s house.

Their house was almost identical, they were built at the same time but apparently everything was the opposite way around, Tj had never been there before because his neighbours were massive douchebags and he had hated them since childhood when they would pour lemonade on his head and roll him in the sand pit. He got a really good look at the interior purely because the door swung wide open as he put his hand on the knob.

The hallway was a crime scene, pictures smashed on the floor, furniture looking off kilter, shoes tossed aside, small drops and telling trails of blood. It looked staged, fake, like the set of some cheesy rural crime drama.

He stepped in through the door frame gingerly trying not to touch anything or make a sound but instantly his visions of a silent entry were broken by the distinct sound of glass crunching under the rubber soul of a dora the explorer slipper. Why he didn’t change into some more practical shoes he wondered to himself, but his reflection was distracted by a flashing battery light shining through a bloody shirt.

He pinched the corner of the shirt bending at the knee awkwardly leaning over a turned over wardrobe at the bottom of the stairs, he pulled the damp shirt towards him and it drew across the device with a slow stickyness, the damp blood throwing up a musty copper smell as he pulled it closer to him.

He pulled the shirt all the way off revealing a small digital handycam, the same one they used in the backyard to record their show. He picked it up gracefully by the handle strap and turned it around to look at the viewfinder.

Thanks for reading, don’t forget to check out the rest of the chapter and the previous chapters at http://www.inkitt.com/stories/25507