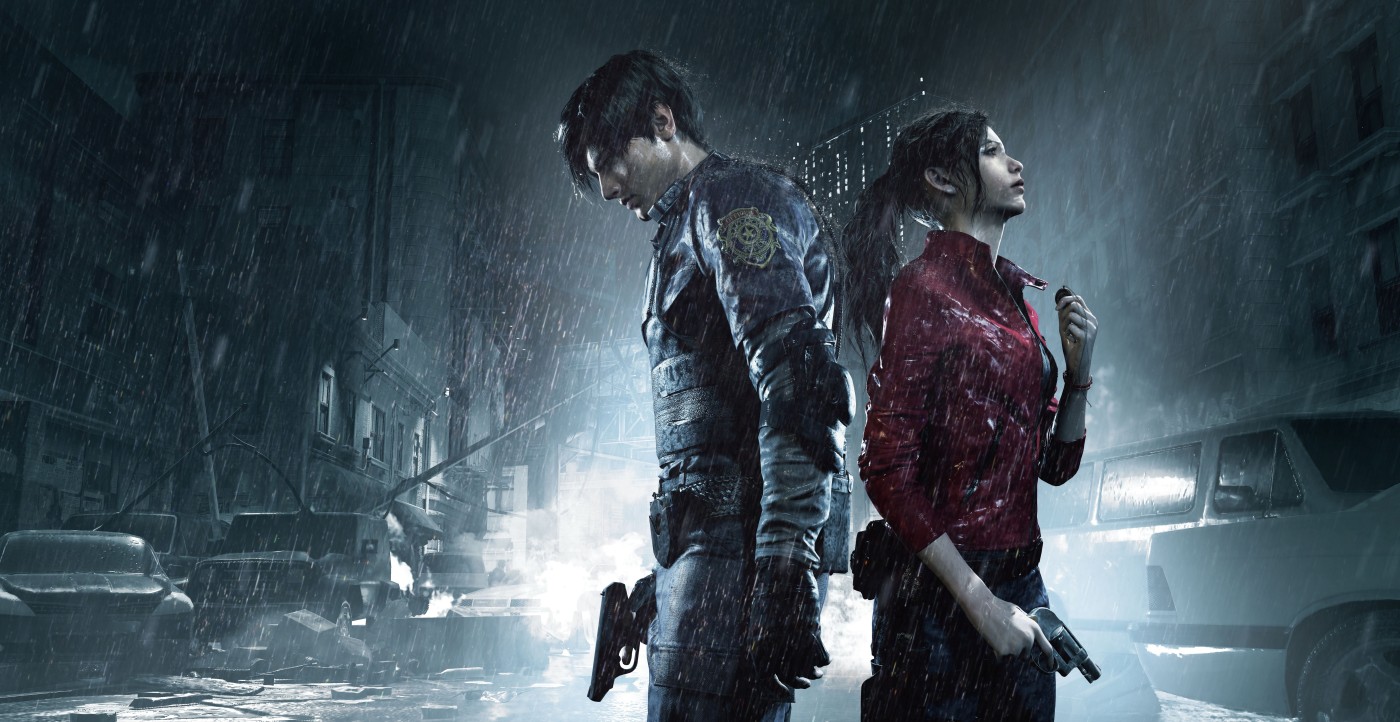 No ok yeah after Spiderman ps4 sucked (despite making tons of cash) and Red dead 2 was the biggest snorefest I’ve ever had the misfortune of wasting my time on (despite making boatloads of cash) I really thought this game would be the threefer and suck also. Or at least just be disappointing.

I was sort of let down and wary after I heard they were ditching the fixed camera, because I loved the resident evil one remake, it’s probably one of the most perfect survival horror games ever made. It added really great stuff and just polished this amazing, iconic game.

So when I heard the remake of 2 wasn’t following suit I was a little bit put off. But I’m pleased to say I was totally wrong. I really loved the re-imagine gameplay, it’s really fun an addictive (I’m saying this after having played it through four times back to back on hardcore and I could happily sit down to another round right now). I thought the shooting would be too easy because of the resident evil 4 style camera but they add elements where its fun but still challenging.

Some of the biggest criticisms I’ve seen are the balancing. Because to make it harder to balance the better controls, head shots aren’t an instant kill anymore some zombies just wont go down. I must have used ten pistol shots at least half to the head the guy still gets back up, it’s insane. But at the same time, it’s thrilling, this is how it should be in a zombie apocalypse, zombies are supposed to be bullet sponges, if they weren’t it wouldn’t be scary. Also the fact that they’re so detailed and their animations are so good there actually aren’t that many in the game so if you could down them with a single head shot or even a single acid round it would be way too easy and not scary at all.

I love the game, I love the balancing and I love love love it when you get that perfect head shot and their head blows up haha.

The first thing that struck me though in the demo that got me so hyped was the facial capture and the acting talent. It’s just so refreshing to have this game look so good and be done so well. It’s almost a draw back in some ways because it’s such a lonely game at times you want more character interaction and more human elements. It’s a game split in half so a lot of the time you feel like it can be too short and we don’t get enough character drama.
I know these games aren’t really known for that but I think it really needed that with the step up in visuals and animation. I feel like they really did try to do that but were limited by the source material.
Because if you really think about it resy games aren’t that complicated (aside from the convoluted plots). Shoot zombies, solve puzzles, survive.

The only real criticism I have of the game is it left me wanting more. I finished the game and I immediately wanted more. And I hear there’s going to be free dlc although I’ll believe that when I see it since I had to shell out £2.50 to get the original soundtrack, which was so fucking worth it haha.

It made me wish Resident Evil 2 was a bigger better game to work from. I wanted more, I loved the lab section and I wished it had been bigger and more expansive live the police station. The sewer section is the best sewer section in a game ever. Dark, dank, disgusting and foreboding, it was great. It was like being in hell for me haha.

Another criticism I see is turning Mr X into a radial enemy. Because in the original he just appears for short section but in this when he appears he’s just there in the police station constantly looking for you and it’s pretty fucking terrifying and it adds an urgency into the game immediately and the relief when you finally slip him is great.

Would I recommend this game? Hell yes and I recommend playing it on hardcore, because that’s the way it was meant to be played. You have the original saving method using ink ribbons and your ammo is limited as hell and it feels intense. Standard was way too easy and you have so much ammo by the end of the game it’s a joke. So if you want the genuine resident evil experience play it on hardcore, otherwise the game just gets and you have like a million shotgun and pistol or grenades and you annihilate everything. Hardcore is how it’s supposed to be.

I loved both the campaigns but my favourite was definitely Clare’s because I liked her weapon set better and playing as Sherri was a nice change of pace, whereas playing as Ada in Leon’s campaign was just annoying.

Clare just gets the best guns. With Leon you get his pistol which is ok and you can upgrade it but it’s not that accurate or powerful. Clare starts off with this cap gun revolver but later you find this beast of an automatic that has a laser sight and an extended mag. So it just shits on Leon’s pistol. More accurate, more powerful, better fire rate.
He gets a shotgun which is fun and looks great but for some reason it’s useless against lickers but decent against zombies. It takes like four headshots to killa licker. Clare’s grenade launcher kills them with like one shot. It’s not so good against zombies but it’s like an instant stagger against bosses.

Leon then gets a desert eagle which is a good magnum, probably the most powerful in the game and he can make ammo for it which Clare can’t do, she can’t craft magnum ammo.
But Clare gets an smg instead which is way better for bosses imo. Leon’s magnum packs a punch but so many of the bosses are about hitting critical points and the amount of damage is negligible and I found it’s way easier to bullseye those spots with a rapid fire weapon over a big desert eagle which is pretty accurate but you can still miss. The smg is almost always on point.

Also Clare gets a magnum as well so Clare actually gets an extra gun than Leon but she can’t craft ammo for it.

Their final weapons are a toss up because she gets this electric gun which is pretty good and he gets a flamethrower which is really useful against the enemies later in the game but for some reason it’s useless against bosses. So again I have to side with Clare’s weapons, they’re just more useful and versatile and fun.
Although that shotgun is fun, it just didn’t pack that much of a punch.

Sorry got a bit spurgy about the guns there haha. But yeah, really enjoyed it, in fact I want to get back on it now haha. I really hope they remake resident evil 3 next, that would be amazing considering how well they did with this game.

Overall I think the game is limited by the original, I think a lot of people me included are suffering from nostalgia goggles and the original game really doesn’t give you that much to work with. It wasn’t as good as we remember. The story is light and kind of dumb, characters are eh. And the game just feels wanting for a modern title. But regardless I enjoyed it, it was a fun romp. But is it the best thing since sliced bread, not really, overall it was good, not amazing, but worth a buy for sure. Compared to all the shit that’s come out recently it really is a cut above.

Yeah go out and buy it.