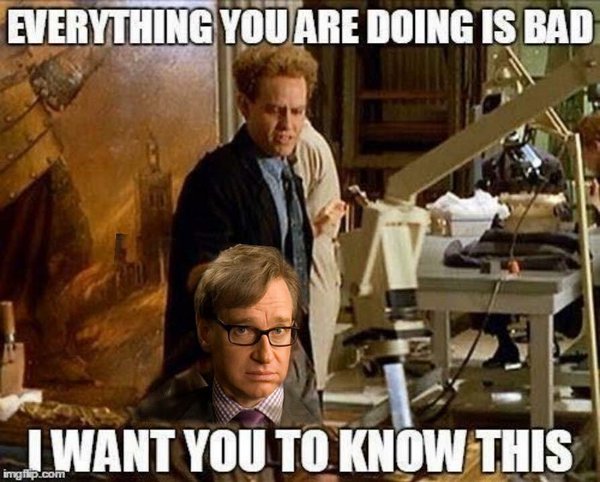 Ok so I actually got off my ass and pirated me a copy of this trash and watched it with my mum. Tbf she actually liked it but there’s no accounting for taste and she has none haha.
To be honest I didn’t think it was that bad at the start, it seemed fairly entertaining, it looks good, the effects are ok, it’s not shot badly. I actually liked some of the ghosts which I found surprising, some of them looked pretty good.

The problems start early though, all the jokes are fart or poop or ass or front ass related, it’s so cringey it’s almost unbearable and it’s not funny beyond like a single pity guffaw.

I heard people talking about this pringle ad during the first ghost encounter scene and I was like ‘so she’s eating pringles, who cares?’. But whatever you heard it’s much worse, I mean it’s not like a one second shot, those pringles are in shot almost through that scene and she draws attention to them a few times and I was like ‘Seriously?’ it was shameless and it completely took me out of what should have been the first pivotal moment of the film which just turned into a silly gross out gag.

Seriously this movie is not funny, the funniest jokes in this movie were made by the editor when he was putting this together, every joke in this movie does not land, period. I saw a lot of reviews where people were saying Kevin, Chris Hemsworth’s character, the dopey secretary, was the saving grace in the movie. And I think they’re dead. His jokes were just as terrible if not more terrible, some of the jokes I was told were funny had no context, he just said them randomly with no setup. He was just saying dumb things, if any movie needed a laugh track it was. What’s so funny about his character exactly? He’s dumb, like monumentally ‘how has he stayed alive this long, seriously how does he feed himself dumb’ that’s it, that’s not a joke. What’s more its ‘offensive’ Janean (no fucking idea how to spell her name) wasn’t dumb, she wasn’t a scientist but she wasn’t a mouth breathing idiot, so why they thought about including a dopey male secretary as a gag I have no idea because there is no romantic sub-plot at all. They don’t even attempt one.
I think the worst part of this movie is that none of the characters seem like real people, they all seem like cartoon characters, every character apart from Charles Danse is just a walking talking silly gag. It’s just tiring and it makes you very aware you’re not watching a movie that has any intention of taking itself seriously so can have no drama or tension or engaging plot at all.

Ok on to the controversy bullshit, I honestly think having women ghostbusters made no difference, there isn’t a cast on earth that could have made this movie work, you could have re-united the old cast bring Harold Ramis back from the dead and they couldn’t have made this movie watchable. So really it has nothing to do with them being women and everything to do with the writing and direction being lacklustre.

But the problem really was that there was no chemistry, it was just a bunch of zany characters shoved together whereas the original film felt like a group of friends doing a dirty job for not much pay. It worked, they meshed, these new ghostbusters did not. They didn’t feel like real characters so I couldn’t care about their relationship.

The story didn’t make a whole lot of sense and it didn’t have a pleasing flow, it felt empty. It wasn’t a very satisfying film to watch because there wasn’t really a big arc or any characters you thought were central. It didn’t feel like a cohesive movie, it felt like an overly long and unfunny SNL skit, I know everyone is saying that, but they’re goddamn right.

Overall it wasn’t so bad it was good, but it wasn’t horrible, it was lame, a wet fart of a movie and a pitiful start to a franchise that seems like it’s already dead.

I mean we knew it would suck, it was marketed by idiots who remade a classic movie and intentionally alienated the original fans of the franchise failing completely to secure a new audience, so of course it flopped. This is what you get when you push ideology over actually creating things people will like, which is your job as a content creator. That being said there wasn’t any really overt political or feminist messages in the movie, so I can’t fault it for that.

But still I give it two raspberries out of five. 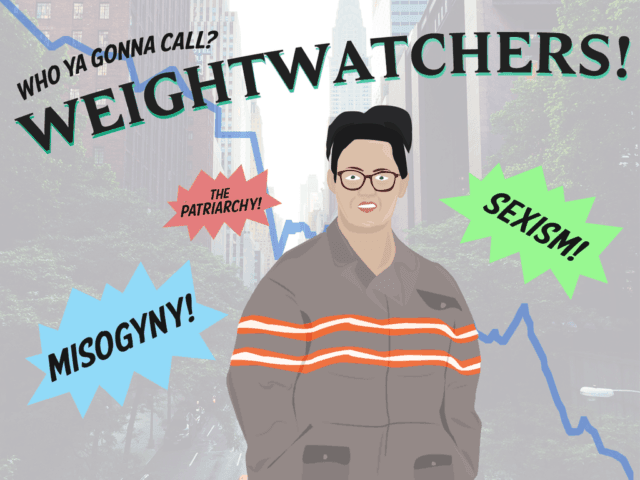 I know that title is terrible, spurr of the moment I assure. Toying with “Nope-busters” now. Nah it’s too late the moment has passed. Also stole that image from Milo, I hope he doesn’t sue.
Ok, so that happened. I remember looking back and when I heard about this movie, I was sure it was a joke and I think in any other political climate it would have been laughed away. Some exec would have looked at it and thrown it on top of a potential spacejam remake with Ronda Rousey replacing Michael Jordan.
But no, because this whole girl power narrative is so strained today, some absolute moron thought this was the perfect time to delude themselves into thinking they could be funnier than the original cast. And before you jump on me I’m not trying to say women aren’t funny. I’m saying these particular women aren’t funny and they’re not even close to the original cast, who are funny without even trying. And to be perfectly honest if you have to keep telling people you’re funny like the people surrounding this movie are like to do, you’re probably not funny, evoking that Thatcher quote you may remember on being a lady and just telling yourself you are one. The main criticism of this movies comedy I’ve heard is that it tries too hard. 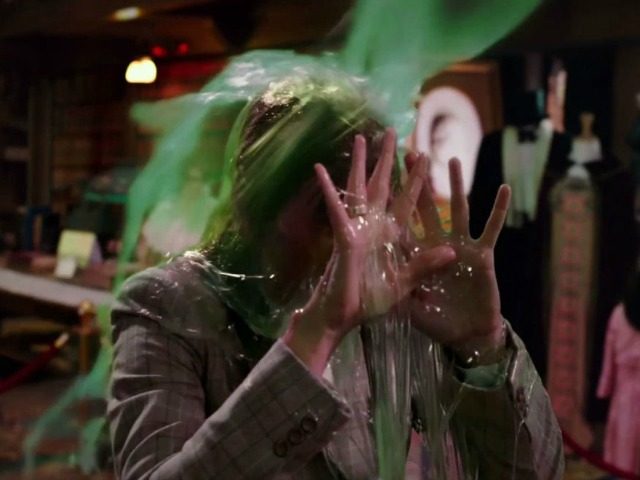 Oh yeah did I mention I haven’t seen it, so this isn’t technically a review. It’s moreover a review of the reviews and I just wanted to clarify I was wrong about this movie.
Originally when I saw that this was actually a thing. I thought it was devilishly clever. Pissing off the old fans, building up press attention and gaining new viewers and revitalising the fanbase. Sort of like dusting off the cobwebs of the old fans and trying to appeal to a new generation and more importantly making shitloads of money on #datmerch.
But it seems like I was wrong. After it had the most disliked trailer on youtube in history. I mean seriously, even the shittiest movies usually have more likes than dislikes and this ratio was insane. People had to be making new accounts to downvote it. And then the whole bullshit over sony deleting comments and keeping misogynist and racist comments to try and shift the blame to “evil” sexists and racists and block out regular criticism.
The trailer was terrible, the new theme song was pretty bad. I didn’t think it was horrible but you couldn’t find anyone more relevent than fallout boy and and missy elliot. Weren’t they popular like in the 90’s?
The reviews I’ve seen have been really bad but due to youtube algoriths that’s probably because it fits into what I wanted to see. Their ratings on sites like rotten tomatoes are pretty average, a fresh rating of like 65% if I’m remembering correctly.  Imdb has it listed as like a 6.5. Seems like a resound ‘meh’. A lot of people saying it started strong and it wasn’t that bad or it wasn’t bad enough to be good and it was just painfully average. I don’t know, I haven’t seen it. I’m sure I would laugh at some of it and truthfully my childhood has been made unrapeable already after the reeming it got from the Robocop remake so come at me bro. 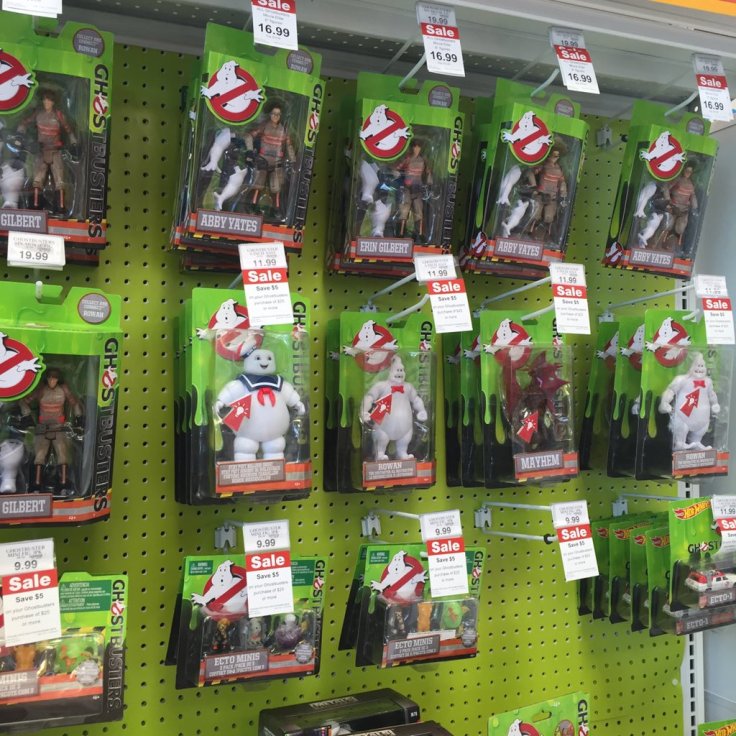 I mean how do you make a movie about a cyborg cop boring? He literally does nothing for the first hour of the movie and the villain is just filed away until he needed to die. In the original, he’s literally shooting people’s dicks off in under fifteen minutes. I’m not even exaggerating (possibly exaggerating) I timed it. And the bad guy was the dad from that seventies show and he was fucking awesome!
Back to ghostbusters and the box office is pretty reflective of the previous reviews, it’s average coming out second behind secret life of pets. Projected at about 46 mil in the first weekend. Which isn’t a flop but without the chinese market because of their laws of depicting realistic ghosts (or something) it can’t be shown there. So there might be a signifficant drop over the coming weeks, with them taking a hit internationally.
But can it make back the 244 mil budgeted and the supposed 100 mil marketing budget and turn a profit. Going by the toy sales it looks unlikely. 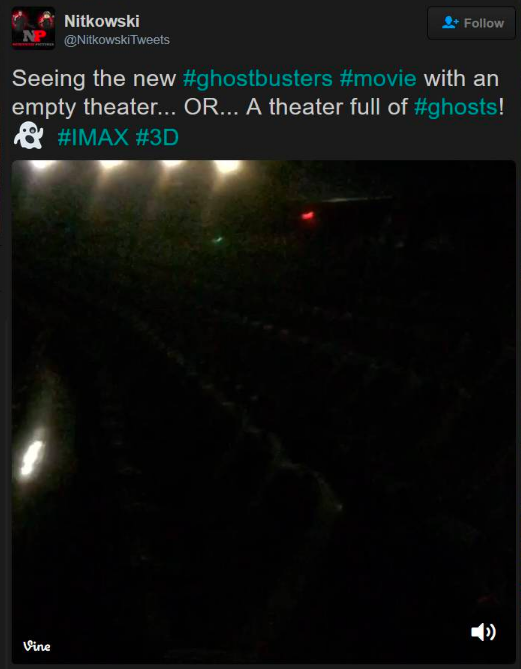 Reports of empty theatres,  merchandise in clearance isles before the movie even debuted. It’s not looking good, so who you gonna call? It looks like maybe the irs.
As I said, I haven’t seen it so I don’t know if it sucks but it probably sucks, no it definitely sucks, but it looks like nefarious shit is going on behind the scenes. The long arm of sony wasn’t above painting all their detractors as hateful racists and misogynists all the hundreds of millions of them. Who’s to say the string of sycophantic reviews aren’t bought and paid for? Sony really has too much to lose on this franchise, with an already plotted expanded universe stretching into who knows how many abhorrent sequels?
But who gives a shit? Maybe this is the start of a cultural revolution that will finally push back against this cash grab remake culure and demand originality and risk taking, but then what would I bitch about in between chapters of my book haha?

Ah it’s too hot to write blogs to today.