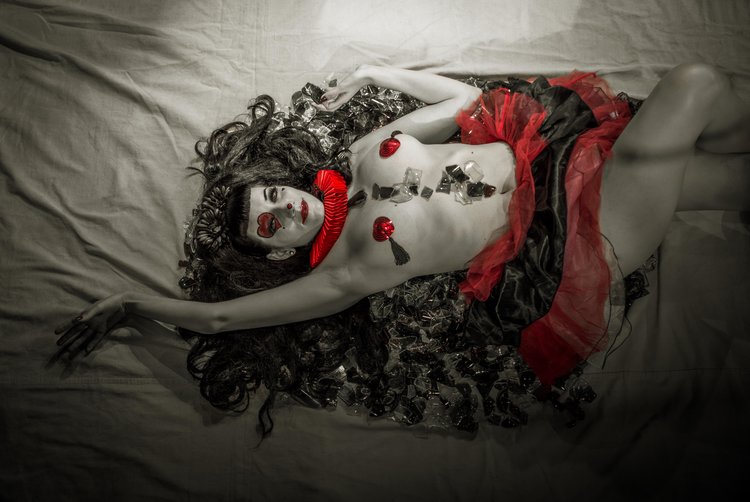 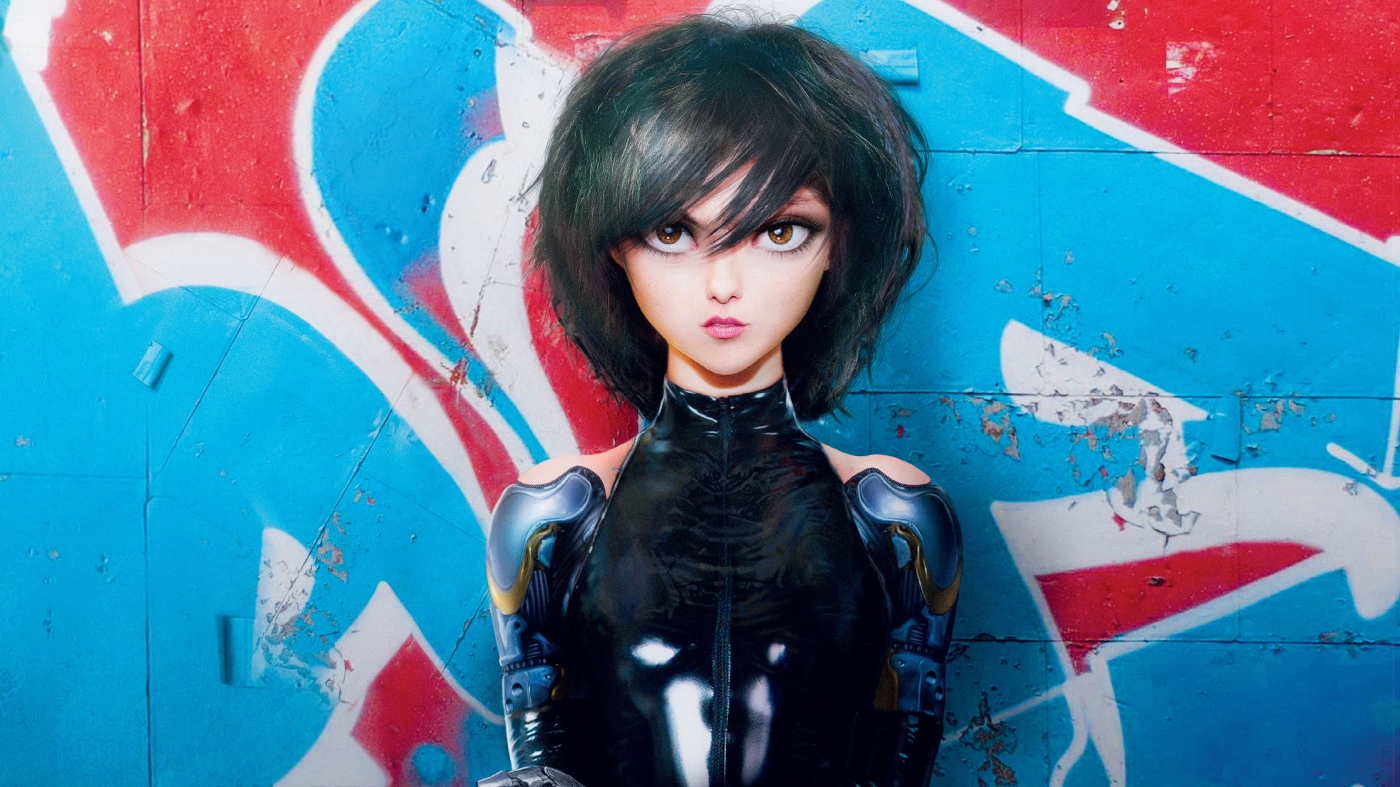 Kinda went into this movie with no expectations, I don’t think I even watched a trailer and overall I can say it’s a very flawed movie, but altogether pretty good. I enjoyed it pretty much throughout although some niggling things stuck out to me.

The plot is pretty basic, and one of the biggest problems I had at the start is the start. It starts at the start and people are like ‘so, isn’t that where you’re supposed to start?’ yeah I guess but usually when you have a movie set in this completely alien anime world you need a lot of exposition and world building and that takes time and it can be a little boring to slog through which is why you don’t usually start your movie with that.

So the start of the movie is this weird twenty minutes of pretty boring exposition dumps and world building where Christoph Walz finds this robot head and brings it back to life and introduces it to the world and what not which is this semi fish out of water narrative. We’re introduced to the world by her experience of it.

It works but it feels like it’s rushing to get this exposition out but also there’s nothing actually happening. But eventually you get to an action sequence and it was pretty good, I like the action, the level of violence is pretty awesome and they get away with that and keeping it 12a I guess because it’s robots. Because if this was people it would be an 18 for sure because she straight up kills people. People are decapitated and maimed throughout and it’s pretty cool because even though they’re all cyborgs they have human faces and attributes so it’s not like that crappy robocop reboot where he’s just fighting faceless drones.

The thing is if I wrote this I’d have tried to put this action sequence at the start and then when you’ve got the audiences attention you subtly drop the exposition in flashbacks or something. Because setting the relationship at the start with Christoph walz’s character dates it. You see their relationship in real time and there’s no gap to fill yourself. If you left it to a flashback it implies they’ve known eachother longer so they can care about eachother.

The acting is ok, the writing is ok, the effects look alright, I have no real complaints with any of it, it was a solid if a little predictable. But predictability doesn’t make a movie bad if what you predicted is fun and interesting, which this movie most certainly is.

Honestly my biggest gripe with this movie is that it’s a movie.

I just got this niggling feeling that it would’ve worked so much better as a tv show on amazon. It wasn’t a particularly long movie but it felt like a lot of it was trying to cram as much stuff into one movie as possible and I feel like some of it was crunched and some of the scenes feel more episodic than in a typical movie formula.

A tv show would’ve really let the plot develop nicely and in a more organic way and it wouldn’t have left us with an ending which felt sort of flat. And it could’ve easily been converted to a tv show since most of the main cast are already relatively unknown television actors, you’d just need to snip the bigger names like Walz and Jennifer Connolly, two actors which if I’m being honest brought nothing of note that justified their casting. I could easily see their roles being played just as well by someone much cheaper and less well known to satisfy the budget of a tv show instead of a movie. I know people like Christoph Walz and I like Jennifer Connolly because I love rocketeer and the original hulk but are these really big names that put butts in seats? Not really.

Overall I liked it and I liked some of the cameos like with Jeff Fahey playing the awesome cyborg dog bounty hunter and Nova being played by Edward Norton. But these characters just make me want this to be a tv show even more. If this were a tv show that cyborg dog guy could get his own episode or even an arc not just a five minute scene. That’s what I hate about this movie, it has so much potential I feel like is being wasted just to cram it into this hunger games style movie template because that’s what they think will make the most money.

To be honest I think the hunger games model is played out since most those trilogies just sort of fizzle out and we had this slew of teen movies after which tried and failed to emulate that. I just want to watch a full real satisfying movie with a beginning middle and end and not have to watch a sequel or a trilogy or just a non movie. I really really want to not have the only real complete movie I’ve seen this year be about a talking yellow electric rat.

Yeah I know this movie was last year I guess, like I go to the cinemas anymore. If you go to the cinema these days you’re an idiot, there’s just not enough decent movies out there these days to justify it when you have streaming services. You pay once or a monthly fee and you get to churn through all this garbage looking for the hidden gem in the comfort of your own home, what’s not to love?

I don’t have much more to say about except I really enjoyed it, the action was super cool, I liked all the characters and the feel. It has this weird cyberpunk nineties feel which I really liked. Even down to the main love interest guy, who has this nineties haircut that makes him look like the kid from Hocus Pocus.

At it’s heart Alita is basically a love story, and not a bad one honestly. The romantic stuff wasn’t cringy or forced, it just could’ve developed better over a series of tv episodes instead of in an already cluttered movie. But it’s refreshing to see a romance in a movie these days that doesn’t feel forced. I liked it, I liked the characters, I think it all worked well. The overall plot is bog standard ‘get to the place’, the plot is completely ancillary to the characters honestly because it feels like scene to scene is more episodic.

In summary just a fun, cool movie, might be a bit violent for kids but it’s worth a watch for sure and I hope it gets a sequel, I heard it did pretty well in china so it might be getting a few more. 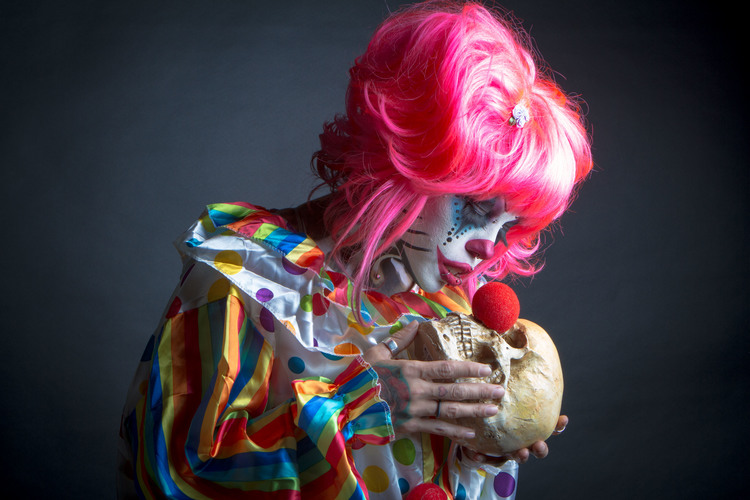 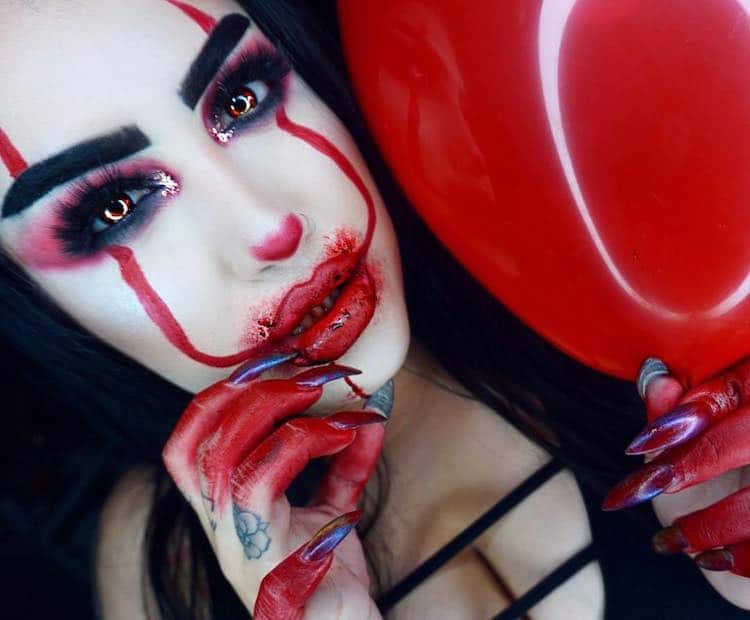 Hey there all you lovely people in my head.
It’s your boi coming to whine about how shitty this year is so far and drop weird stories from the tattered recesses of my damaged brain. This one is about clown samurais or some shit, I dunno.
So yeah 2019, so far it can suck a dog’s dick. I’m sure my ex if she’s reading this is rubbing her hands together with glee because I broke up with the girl I just started dating like a month ago. It was going pretty well but I got upset about her never having enough time for me and instead making time to go drinking with her friends or weirdly hang out with her exe’s family, which is just, I mean wtf? Ok. I guess I shouldn’t feel weird about a girl I’m dating hanging out with the family of the guy she was previously dating.
So I raised this, what I thought was a minor issue and she didn’t respond very well, just sort of brushed off my concerns so I gave her some space and myself some time to cool off and I think things are ok. We’ll make up, we’ll work through it and she comes over and things go pretty well, we talk and then she leaves and a day or two later she’s just like “This isn’t right”.
No real explaination what that means, I asked but everything she said just sounded really unsatisfying and wishy washy to me. Like she’s pissing me off and then turning around saying ‘this is why’ like punching someone in the face and saying ‘wow bro chill, I just punched you in the face’.
I dunno, I’m just talking shit I guess, I’m not so much sad as just disappointed because I really saw potential there and she said she did too until just recently, over this minor spat.
My ex if she’s reading this which she probably is is probably laughing and saying to herself I tried to have everything and lost it, but not really I just tried to have one thing that was mine and I never get my own way for some reason, I can’t just have one thing without it blowing up in my face.
I lost so much over this, a whole person, a whole future and it just seems like so much of a waste compared to what it could have been. It’s over before it even began.
But moreover, I can’t blame her for what happened with my ex before her and her unwillingness to let me see my daughter, because that’s my fault, but I can’t help thinking if I’d never spoken to her I’d still be able to see her now.
Losing that was heart breaking and the only thing that made it better was imagining a future with someone that wouldn’t do that to me, that wouldn’t be so callous and cruel and take away something so important. And now that’s gone, before it even really began and I don’t understand why.

But I suppose it’s to be expected. 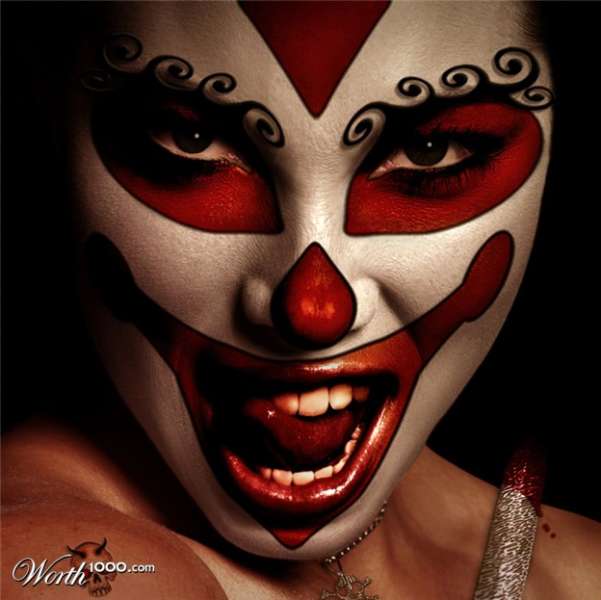